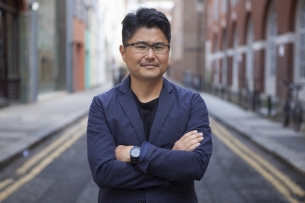 DLKW Lowe has appointed Denis Kakazu to the newly created role of Head of Art to oversee all visual output across the agency’s clients and DLKW Lowe brand. Alongside this role Denis will also be one of the agency’s key Creative Directors. Denis will report into Dave Henderson, Chief Creative Officer. The appointment is effective immediately.

Chief Creative Officer Dave Henderson comments “Denis is an enormous talent. He has incredible experience building strong, visual, craft-driven agency cultures, particularly at Ogilvy & Mather Brazil. We’re excited for Denis to bring that magic to our creative department and agency as a whole.”

A highly decorated Creative Director, Denis previously held the position of Head of Art at Ogilvy & Mather Brazil where he led traditional and digital creative teams from both São Paulo and Rio de Janeiro offices, helping to establish them as one of the top creative agencies in Brazil.. Throughout his 3-year stint Denis successfully pitched and won Burger King, Coca-Cola US Hispanic, Coca-Cola Kuat Guaraná and Jac Motors and produced award winning work including Burger King ‘Whopper Face’. Denis has also held positions at BBH and Publicis in Brazil.

DLKW Lowe has had a strong first half of the year with a particular focus on talent; Jamie Elliott was promoted to CEO and Dave Henderson to Chief Creative Officer following a recordbreaking new business run in 2014, Anna Vogt joined from BBH as Head of Planning and now Denis Kakazu as Head of Art. 2015 has seen new work launches across clients old and new, global and domestic from Post Office to Persil, Lenovo to Knorr. The agency continues to gather momentum as it prepares for a milestone move to East London in December 2015.