Whatever Life Throws celebrates the resilience of kids 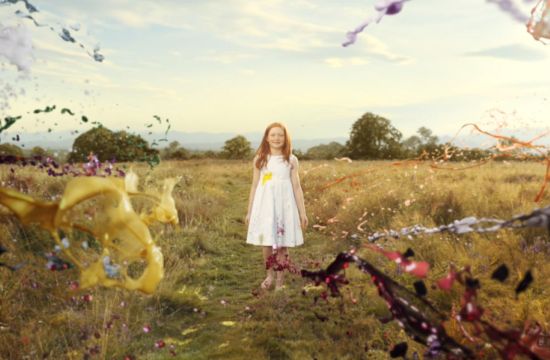 Persil has released its biggest campaign to date, celebrating the resilience of UK kids.   The ad, created by DLKW Lowe, is the agency’s first since winning the global business.  The brand continues to champion dirt, whilst battling Mums’ cynicisms that one product alone can defeat grime.

The precursor to this was their award winning ‘DIRT IS GOOD’ campaign that encouraged kids to explore the great outdoors.

The new TV spot signifies the re-launch of their ‘Small & Mighty’ product. Created by Frances Leach and Christopher Bowsher and directed by Nial O’Brien at Academy+, the 50” portrays a bright eyed, freckled girl in a pristine white dress, walking confidently as stains are thrown at her from all sides. The visual spectacle aims to show that Mum has done her best to prepare her children for a world of uncertainty.

The ad will air on the 15th of July and will be supported by print and outdoor press.
Richard Denney, Joint ECD of DLKW Lowe commented ‘We’re very proud of the new ‘whatever life throws’ campaign. It’s beautiful, striking work that will continue Persil’s dominance of the laundry market’.