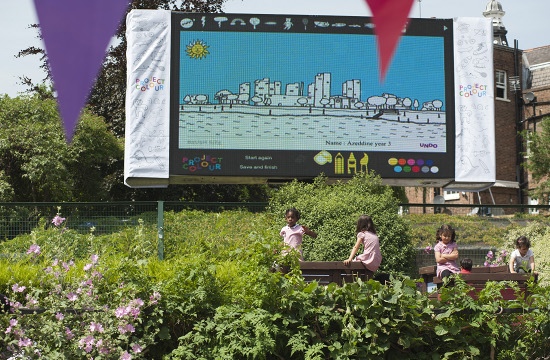 On the 16th July 2013 children from Ashburnham Community School painted a picture of the World’s End Estate, where the school is located.

They were painting onto a digital billboard overlooking the playground using iPads and the Project Colour app, with a collage of their paintings exhibited across London.

The point? To restore an art increasingly being neglected in schools: Creativity.

A lot has been made recently of a ‘creativity crisis’ and this initiative, implemented by integrated agency DLKW Lowe, has attempted to buck this trend. Recognising that creativity is in abundance amongst children, and the need for it to be harvested and encouraged, Project Colour was set in motion. Subjects in schools around creativity, such as music and art, are often given less importance than the more ‘fundamental’ subjects centred on numeracy and literacy. They are seen as less important, and not as essential in preparing children for the future. A view Project Colour is trying to change. 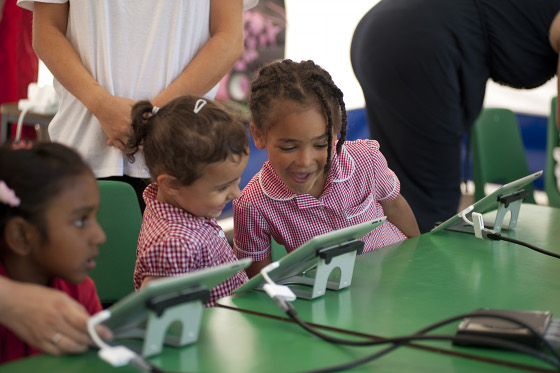 In 2006 Ken Robinson gave a famous speech about how schools are killing creativity, and DLKW Lowe planner Lucian Trestler was keen to demonstrate what can be done to inspire the resurgence of this ‘lost’ art in young people.

Project Colour was created by Lucian Trestler and Verity Williams

With many thanks to our production partner, Everybody Engage for making the project possible;

And also to Keston Cobblers Club for the music 'Pet Level'