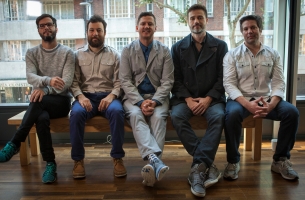 The hires highlight a period of growth for the agency following a successful new business run, as the agency beds in new clients including the Post Office, Lenovo, Remy Martin and Samaritans, alongside existing clients. Both teams will work across the portfolio of agency clients

ECD Rich Denney comments “Both teams’ talent and boundless hunger to create world class attention-grabbing work makes them the perfect fit for our agency and for the direction we are heading in. They could have chosen to work at any agency in London so we are delighted they are joining us.”

DLKW Lowe has had a strong first half of the year with a particular focus on talent; Jamie Elliott was promoted to CEO and Dave Henderson to Chief Creative Officer following a record-breaking new business run in 2014, Anna Vogt joined from BBH as Head of Planning and the creative department secured Denis Kakazu as Head of Art. 2015 has seen new work launches across clients old and new, global and domestic from Post Office to Persil, Lenovo to Knorr. The agency continues to gather momentum as it prepares for a milestone move to East London in December 2015.