Diversity and Creative Risks – Let’s Make it Happen in 2017

Trends and Insight 149 Add to collection 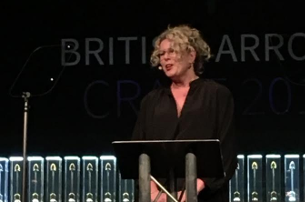 Christmas party season is almost upon us and so our minds are turning, inevitably, to end-of-year assessments and round-ups. On balance, 2016 doesn’t look like it’s going to be remembered as one of humanity’s finest trips around the sun. Thank goodness, then, for Somesuch & Co’s inimitable Sally Campbell. This week she co-hosted the British Arrows Craft Awards with Rogue Films’ Charlie Crompton (the show’s new chairman) and called on the industry to enact positive change in the industry in 2017.

“2016 was the year people voted Brexit and Trump… but it was also the year women said, “Excuse me MEN!”” she pointed out. She spoke approvingly of the #FreeTheBid project, a voluntary code that stipulates that agencies should include at least one female director in every pitch, but also said that the ‘free the bid mentality’ should not be limited to directing. Advertising craft specialisms from VFX to telecine and sound could all do with opening up more opportunities for women.

Remarking on the ongoing industry problems with diversity, she lamented, “I wish there weren’t just two white people standing on stage tonight.”

Coincidentally, I found myself sitting next to a representative for the Princes Trust, a charitable organisation aimed at opening up opportunities for unemployed and struggling young people. The issue with the creative industries and access, she observed, was the reverse of many other industries that she works with. In financial services, for example, there’s a lot of money and resources earmarked for CSR and supporting young people from disadvantaged backgrounds, but it’s seen as a box-checking exercise. On the other hand, advertising and production really does need a diversity of experiences and perspectives in order to provide a more creative product – but there’s no money and little in the way of structure.

But I do – naively – think that words are starting to transform into action. 2016 may not go down as a particularly edifying example of human civilization – the consequences of Brexit, Trump, the refugee crisis, climate change denial are likely to linger for decades – but, perhaps, this funny, silly, clever, ridiculous industry is starting to change itself for the better. It may be a small thing in the grand scheme of things, but it’s something.

Another glimmer of hope this year came in the shape of the 2016 Paralympics – the Dougal Wilson-directed ‘We Are the Superhumans’ took home the lion’s share of awards and actress Storme Toolis of this summer’s Maltesers ads was shortlisted for her performance. When it comes to onscreen portrayal and employment opportunities, the ad industry has done a sorry, sorry job when it comes to people with disabilities – but I’m hoping that these two projects marked a ‘penny drop’ moment for the industry.

As Sally herself said on Wednesday night: “With the shitty bits of 2016, here’s hoping that out of diversity comes stronger creativity and more risks!”