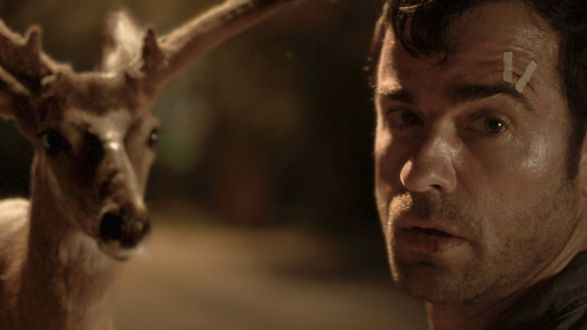 DIVE, the visual effects division of ShootersINC, is the exclusive VFX vendor working on all 10 episodes of the new, drama series “The Leftovers” on HBO. The company’s creative contributions include: set extension, character animation, seasonal modifications, weapons enhancement, digital make-up, 3D Effects work, and more. The series made its network premiere on Sunday, June 29th.

“In the competitive world of VFX, the holy trinity is how great it looks, how fast it took, and how it was working alongside the team behind it,” says “The Leftovers” Co-Creator/Showrunner Damon Lindelof. “DIVE is an astonishing three for three. They have truly brought the complex world of ‘The Leftovers’ to life in every way.”

“’The Leftovers’ writers Damon Lindelof and Tom Perrotta are excellent storytellers,” says DIVE VFX Supervisor Edwardo Mendez. “It has been a pleasure working with the ‘Leftovers’ team helping them visually tell their story. Damon has asked us to create this ‘Leftover’ world, a world almost like the one we know, but with an off-kilter metaphysical slant. The show is filled with challenging visuals integrating with the production design and photography, which are gritty and beautiful at the same time. We are proud to be a part of it. Our DIVE team has created some stunning VFX, and they have delivered time and again, I am very proud of them,” Mendez adds.

For DIVE’s new Managing Director Nick Litwinko, who recently joined the ShootersINC family of companies, “The Leftovers” for HBO and other projects that DIVE is currently immersed in showcases the visual effects division’s stellar talent and deep resources. “I have just joined the team to oversee and manage DIVE, ShootersNYC and BIGSMACK, and I am impressed by what the team at DIVE has done to build this division. It is clear to me, based on the work DIVE has done just this year on this series in New York, and other television, film and commercial projects due to be released this year that DIVE is quickly becoming a creative force in the VFX industry.”

Based on the best-selling novel of the same name by Tom Perrotta, “The Leftovers” follows Kevin Garvey (Justin Theroux). A father of two and the chief of police of a small New York suburb, Garvey tries to maintain some semblance of normalcy when the notion no longer applies, after 2% of the world’s population abruptly disappears without explanation. Created by “Lost” co-creator Damon Lindelof and acclaimed novelist Perrotta, the series is executive produced by Lindelof, Perrotta and “Friday Night Lights” Executive Producers Peter Berg and Sarah Aubrey. Lindelof serves as the series’ Showrunner. The series is produced for HBO by White Rabbit in association with Warner Bros. Television.