Discover the Latest Music with Rob From A-MNEMONIC

Opinion and Insight 66 0 Add this
If you like to discover new and different music that may have missed, then read on. Rob from A-MNEMONIC shares his music mix of the releases you may have missed 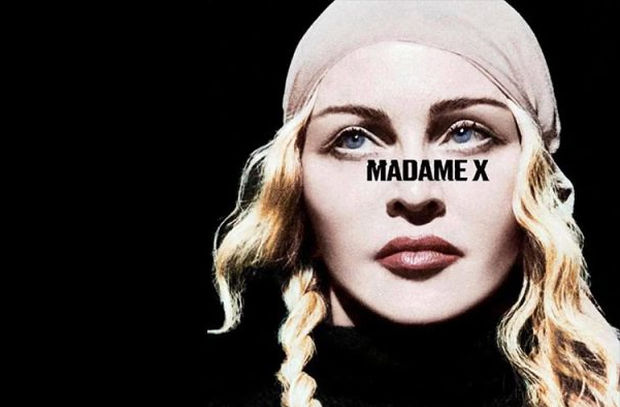 This week is all about unusual collaborations – between old and new, young and old.

Just when we all thought it was all over for Madonna, she surprises us and comes back with a real gem. Yes, if you haven’t heard already, Madonna is back with her new single ‘Medellín.’ She’s paired up with South American reggaetón superstar Maluma, and together they have created something refreshing, exciting, and a much needed new direction for the Queen of pop.

Last month, the New York Times published an article titled ‘How Madonna is using younger stars to cling to relevancy.’ So you’d be forgiven for assuming that ‘Medellín,’ the first single from Madonna’s upcoming album, Madame X, is an attempt to cash in on the ever-growing popularity of reggaetón. While the 25-year-old Maluma is a huge star in Latin America, he’s yet to cross over beyond the Latin-pop market in the U.S., so the partnership appears to be a mutually beneficial one.
What’s noticeable is that it doesn’t sound forced, like in some of her previous singles of late. She actually sounds like she’s enjoying herself. And while the song may not be the dancefloor-filling that fans might be hoping for, it’s a sultry and promising introduction to Madonna’s latest era.

Another unlikely pairing this week is Billy Ray Cyrus and Lil Nas X. Not an actual collaboration, but more of a remix of the Lil Nas X track ‘Old Town Road’. The country hitmaker, best known for his no. 1 single ‘Achy Breaky Heart’ added a verse to the song, and it’s a real deal remix that is slated to be available on all streaming services. While fans and critics continue to debate over whether ‘Old Town Road’ is a country song or not, country music legend lent Lil Nas X his country stamp of approval. Billboard had now infamously removed the viral track from its Hot Country chart, saying that “it does not embrace enough elements of today’s country music.”

My final collaboration is between Mark Ronson and Lykke Li. Nearly everyone has heard of Mark Ronson, however, Lykke Li hasn’t quite managed to make it into the spotlight just yet. ‘Late Night Feelings’ may now just change that. It’s a smooth, housey track with Lykke on lead vocals. The track follows ‘Nothing Breaks Like A Heart,’ a collaboration with Miley Cyrus, which was released last year. Late Night Feelings, which drops June 21, will also feature guest vocals by King Princess, Alicia Keys, Camila Cabello and Yeeba. Ronson’s last album, Uptown Special, came out in 2015. Li released her own album’s worth of so-called sad bangers last year with So Sad So Sexy.

Here’s my full playlist for you to enjoy: