Discover the 'Future Heroes of Creativity’ at ADFEST 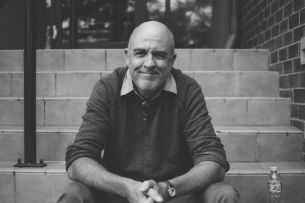 ADFEST has announced that Mike Edmonds, Executive Creative Director and Chairman of Meerkats Brand Leadership Co. in Perth, Western Australia, will join a prestigious line-up of speakers at ADFEST 2016.

In a session titled, ‘Who will be the future heroes of creativity?’ Edmonds will examine the nature of creative gurus of the future.

“Unlike the old days of advertising, the most successful marketing storytellers of the future will not be those who are merely best at inspiring consumers with innovative messaging. It will be those who can best master the one final potent weapon our industry possesses: the truth,” says Edmonds.

“Forget finding new ways to connect with consumers. Forget analysing mountains of new data in order to create new customer intimacy. Forget even evolving from creative messaging to media-neutral business ideas. Unless you can prove to consumers that your client's motives are pure, all the clever creativity in the world will not save you from a future world of highly cynical, highly educated, super-connected consumers.”

Edmonds’ session will challenge some of the current theories on the future of creative excellence in a tech-heavy world. He will also offer practical advice on how brand truth affects not just the outputs of your agency, but also re-shapes your creative department, re-structures agency hierarchy, re-thinks your working processes with clients, and above all totally re-invents your agency culture.

With a 30-year career as an ECD, Edmonds is one of the leading visionaries of the Western Australian branding and marketing industry. His agency Meerkats has been named Campaign Brief Agency of the Year three times in five years.

Based in Perth – which is located closer to Asian advertising markets than it is to Sydney – Edmonds is passionate about sharing Meerkats' philosophies with delegates at ADFEST 2016.

“Mike feels strongly that we industry leaders need to leave our egos behind and share our knowledge openly. His agency believes in giving away its IP in the hopes that it helps create a more effective, and thereby respected, advertising industry globally. For this reason, I think his session will be one of the highlights at ADFEST 2016,” says Jimmy Lam, President of ADFEST.

The session will take place on Saturday 19th March at 10.45am.

To purchase Delegate Passes to ADFEST 2016 – which runs from 16th to 19th March at the Royal Cliff Hotels Group in Pattaya, Thailand – visit www.ADFEST.com