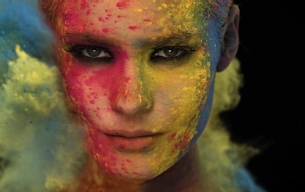 Iain Crawford’s work is noted for its sheer beauty. A director of choice for luxury goods and beauty brands, his work in both still image and film captures graphic and textural detail at dazzling resolutions. Iain has enjoyed a highly successful career capturing stunning beauty stills as a photographer. Having grown up in Africa and Malaysia, he spent several years in New York before setting up base in London, and continues to indulge his taste for travel with frequent international commissions - he recently returned from Madrid, fresh from shooting a PSA piece with Cristiano Ronaldo. Iain’s work with Framestore Pictures includes the hypnotic Harrods ‘Powder’, and cosmetic showcases for Burberry and Prismologie.

Ben Hume-Paton brings a breadth of experience to Framestore Pictures. His early directorial debuts on music promos provided a hands-on education in creative production and filmmaking, which soon caught the eye of larger commercial players. Ben expanded his portfolio with forays into automotive and sport, working on the BBC’s legendary Top Gear as well as commercials for Honda, Jaguar Land Rover and Volkswagen alongside world-class creative agencies. His most recent campaigns - a dynamic, large-scale shoot for fan favourite Betfair and the innovative 360° ‘The Power of X’ for Fiat starring magician Dynamo - demonstrate his capabilities as a director for productions of all shapes and sizes.