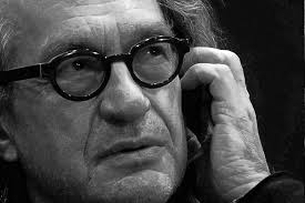 Düsseldorf was the focal point of the German and European advertising film and communications industry when some 1500 guests from the worlds of advertising, film, communications and media attended the 50th Directors Lounge (Regielounge) in Düsseldorf last Thursday evening – with filmmaker and photographer Wim Wenders as the star guest. The event, initiated and organized by the BBDO Group Germany agency network, was held in collaboration with the North Rhine-Westphalia Film and Media Foundation (Film- und Medienstiftung NRW), with the support of Bosworth Music and Adstream.

At the anniversary film night Wim Wenders – who recently celebrated his seventieth birthday – presented some of his advertising film work to the public for the first time. The winner of numerous international film awards, including the Palme d'Or in Cannes, and the director of such movies as "Der Himmel über Berlin", "Paris, Texas" and "Buena Vista Social Club", Wim Wenders showed commercials for brands that included Audi, Stella Artois, Samsung or the Magnum ice cream brand.

As Steffen Gentis, Chief Production Officer of BBDO Group Germany and initiator of the Directors Lounge, explains: "Together with the Film and Media Foundation, we were able to present a lesser known side of the magnificent oeuvre of one of Germany's most internationally successful filmmakers."