Tim began directing after a successful career as an agency creative 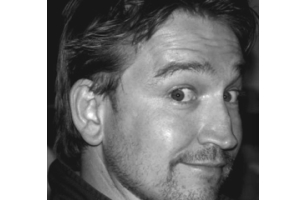 Another Film Company welcomes director Tim Brown to the roster. After a successful career as an agency creative, working with some of the industry’s best directors, Tim was inspired to get behind the camera himself. His directing career started with a short film ‘The Moors’ which won STRAIGHT 8 and was nominated at BBC TALENT - BEST NEW DIRECTOR.

His innate knack for casting, subtle performances and observed comedy have since garnered him awards at D&AD, BTAA, Cannes, Creative Circle and Promax.  His Royal Mail 'Coffee Cup’ TVC won a silver arrow in the 'John Webster' best idea in 30 Seconds' at BTAA's, and his Samsung Monkey spot has over 6 million hits on YouYube, (his late great uncle, the writer D.H. Lawrence, would surely have approved).