Shawn most recently directed an April Fools’ parody for Motorola 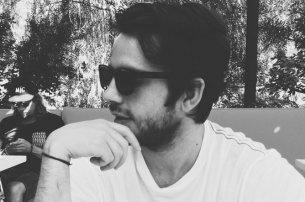 After completing his MFA in film, Shawn hit the ground running as a young director in Canada, churning out projects via top Canadian agency Taxi and production shop Radke. When his spot for Mini Cooper’s “Find Yourself” campaign earned him a place in the 2009 Shoot New Directors Showcase, he was thrust into the spotlight as a sought-after filmmaker. Since then, Shawn has built a solid reputation, implementing his unique wit to create funny and memorable ad campaigns for numerous globally recognized brands including Toyota, Volkswagen, Mini, Cadbury, and Burger King, and agencies such as Leo Burnett, BBDO, DDB, and Y&R to name a few.

Shawn most recently directed an April Fools’ parody for Motorola via Tool titled “Selfie Stick,” which has already received nearly 500,000 views on YouTube, as well high-level press coverage. Passionate about creating the perfect comedic visual language for each of his projects, he takes a meticulous approach to character development and visual storytelling that amplifies his signature humor.

“I’m excited to join Tool,” noted Shawn. “As someone who likes to be involved in every step of the creative process, it’s awesome to be with a production company that encourages and facilitates that level of involvement.”

“Shawn brings to the roster a great energy and creativity, sprinkled with an irreverent sense of humor that works well with his storytelling skill set as director,” remarked Tool Managing Director Live Action/EP Oliver Fuselier.

Tool adds Shawn Z as the company continues to grow its premiere live action division. Over the last 12 months, the company has welcomed internationally acclaimed talents such as Julius Avery, Jaci Judelson, Marc Forster and GMUNK.