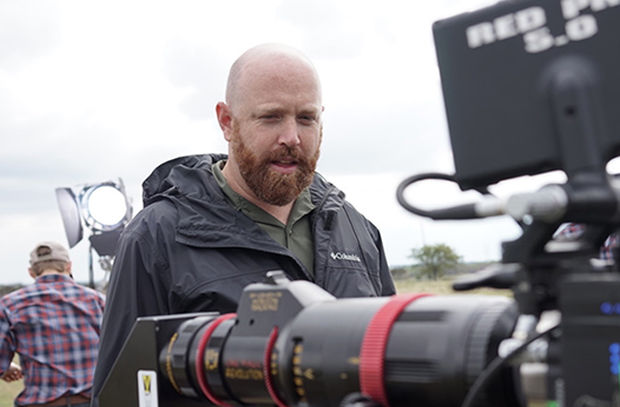 Holiday Films director Ryan Gibb recently wrapped on what many directors would consider a dream job. Ryan and his team were given a new 573-horsepower, Thermal Orange Acura NSX supercar, along with all the Acura A-Spec models to play with on a racetrack, closed streets and out in the desert. Add in a few of the top precision drivers in the film business and you can see where this is going. “It was amazing” says Ryan, “we were given the freedom to really push the limits of what these cars can do. That rarely happens.”

'Can’t Hear Can’t' is a new full-line brand spot from creative agency Grip. In a world that tells you what you can’t do, this spot gives you a taste of what is possible when you throw off those negative shackles. “The plan was to shoot a ton of footage to create enough content for a number of spots down the road. We had a super-tight team from the agency that I cannot say enough about. They adapted to the daily ups and downs like champs. We had some lightning that shut us down a few times and rain that caused us to rethink a couple of scenes which is typical on any big shoot like this.”

Ryan and his team pushed both the cars and the schedule hard. “Getting that aggressive with the vehicles means you have to get aggressive with the filmmaking as well. In some cases, we were creatively reinventing the camera approach on the fly. Luckily, we didn’t break anything, cars or cameras, though we did lose a few filters to flying rocks. And in each location, we squeezed in every minute of shooting we could often breaking into multiple units to make sure we got everything needed.”

Surprisingly enough, one of the shoot’s greatest challenges was not related to shooting cars at all. “At one point our schedule allowed us a single location to make a number of worlds out of. Again, our team rose to the challenge and added huge production values to the shots we needed. Always pays to bring the A-team.”

Ryan is happy with almost everything about the project, “Yeah, I’m proud of this one... except I didn’t have time to drive the NSX. Next time, for sure.”