Director Rupert Friend Signs to Another

Primarily known as an actor, Friend has already won multiple awards for his work as a director 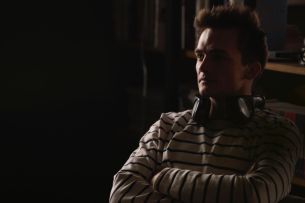 Director Rupert Friend has joined Another Film Company for representation. Friend is relatively new to the world of directing, and is better known for his acting career, which continues to see him play the role of Quinn in 'Homeland'.

Friend plans to direct, write, and star in the feature film 'Barton & Charlie & Checco & Bill'. He will play Barton in the film, which follows a down on his luck con artist, who meets a woman whom he offers to teach the tricks of the trade. She quickly turns the tables on him and they embark on a road trip, along with a ten year old Mexican boy, where they’re pursued by a southern newspaper mogul, hell bent on revenge.

Friend co wrote and produced the short film 'The Continuing and Lamentable Saga of the Suicide Brothers', which won Best Comedy at The New Hampshire Film Festival.

Friend’s first professional role was opposite Johnny Depp and John Malkovich in 'The Libertine', followed by his role as Mr. Wickham in the 2005 adaptation of 'Pride and Prejudice' with Keira Knightley.  Other acting film credits include: 'The Boy in The Striped Pyjamas', 'The Young Victoria, Cheri, Starred Up', 'Meet Me In Montenegro' and most recently the starring role in the film 'Hitman: Agent 47'

The short film, 'Steve', will be screened on March 2nd at the Charlotte Street Hotel, and there will be drinks before before the event and afterwards: RSVP nicky@anotherfilmcompany.com