Raúl has worked with brands such as Toyota, Chevrolet, Amazon, Johnnie Walker and Coca-Cola 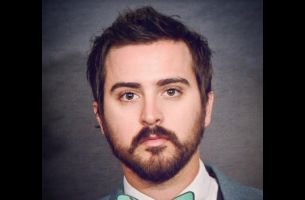 After passing notes back and forth in science class for weeks, Cap Gun popped the question with a lovely promise ring that Raúl accepted, holding back tears of joy.

“We’ve had a crush on Raúl’s comedy chops since freshmen year, and have flirted with the idea of making it official for a while,” says Cap Gun Collective. “We have so much in common. We really fell in love with his sense of humour.”

Born in Buenos Aires, Raúl lived up and down the western hemisphere for much of his youth before attending the University of Southern California’s School of Cinematic Arts, where he received a Masters in film. He also graduated from the UCB School of Improv Comedy. It’s arguable which education was a better investment.

Fluent in all mediums including broadcast, web, mobile, and VR, Raúl has worked with brands such as Toyota, Chevrolet, Amazon, Johnnie Walker, Coca-Cola, Heinz, Captain Morgan, and Durex—and has won awards including a Cannes Lion and a D&AD Pencil.

When not working in the commercial world, Raúl collaborates with the musical comedy trio The Cooties. In July, Raúl and the boys were featured at Montreal’s famed 'Just For Laughs' comedy festival as one of the select few 'New Faces of Comedy.'

When reached for comment, Raúl said, “I feel like the belle of the ball. Cap Gun loves me for me. I trust them and can’t wait to get busy… if you know what I mean.”