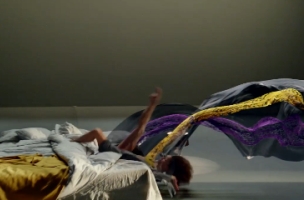 “I worked with Philippe for a short time as the independent rep for Villains, the first company he signed with in the US. Since then, I’ve been following his evolution as a filmmaker, and I guess he’s been keeping an eye on me,” says Matt Factor, President of SKUNK. “We are really excited to be working together in this new capacity. Philippe’s body of work and his ability to direct subtle, emotive visual stories speaks to the high level of creativity in advertising we look for at SKUNK.”

Andre found his way into filmmaking initially through music, as he began directing documentaries about the subject while studying film in Paris. He soon continued onto directing several award-winning music videos and short films. His early musical influence remains evident in his commercials to this day. His work has earned him the highest accolades, including multiple Cannes Gold, Silver, and Bronze Lion Awards, including Peugeot 407 “Toys,” Persil “Roboboy,” and Airtel “Endless Goodbye.” Most recently, Philippe has directed spots for Marks & Spencer, Orange, and Lycra.

“I worked with Matt when I first entered the US market,” adds Andre. “I’m very excited to join SKUNK. What perfect timing for all of us.”

Philippe will continue to be represented for commercials by Wanda in France and Independent in the UK. He is a member of the DGA and represented in the US for feature films by WME and managed by Management 360. He continues to write and direct short films, with full-length feature films in development.