Wilson recently completed the powerful 'On Meaning' films for Upworthy 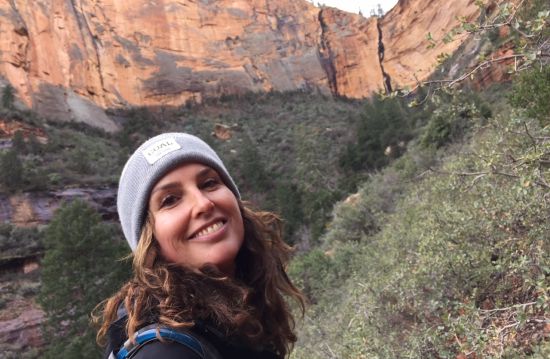 Bullitt has added filmmaker Peyton Wilson to its growing roster of directing talent. The signing follows the recent release of two of Wilson's short documentaries on Upworthy: 'The Acid Survivor' and 'The Inmate'. Presented by Bullitt Entertainment, the films explore how life-changing events define meaning for starkly different subjects. In advertising as in film, Wilson is known for eliciting emotion through a balance of wonder and relatable subjects, most recently the 'First-Ever' campaign for Ford EcoSport, which captures pinnacle moments for people who have dreams of doing something extraordinary. Wilson is also a member of Free The Bid.

"Peyton’s breadth of experience and body of work is very impressive and we’re grateful for the collaboration to come,” explains Bullitt President/EP Luke Ricci. “She’s expert at harnessing incredible emotionally felt performances in authentic contexts from both professional actors and real people in a way that truly connects audiences to her work and its characters. We’re excited that Peyton is now a part of the Bullitt family and thrilled to be supporting the commercial and branded entertainment aspect of her career.”

“Bullitt was founded to expand boundaries by working in all forms of storytelling,” comments Wilson. “Since I direct both branded and unbranded projects, this perspective is energising and the right environment for all that I love to do. I’m excited to see what we create together.”

Renowned for documentary and docu-style explorations for all screens, her work includes a piece for Norton that brings attention to the effects of online bullying, and the 'Reinvent My Story' campaign for HP (BBDO). Other noted commercial projects include 'Louisa' as part of Dove's 'Amazing Moments' series (Ogilvy & Mather UK), a campaign for the US Navy (Campbell Ewald) featuring a reservist and chaplain whose poignant narratives unfold in authentically documented stories; and an integrated campaign for Nokia about TED Fellows (Wieden+Kennedy Amsterdam).

A California native, Peyton has always punctuated a love for the great outdoors with a focus on writing and filmmaking. Her documentary films include the acclaimed fighter pilot feature 'Speed and Angels'. Honoured with festival awards, the film also screened at Smithsonian Air and Space Museum before being broadcast on Discovery Channel. Her documentary short 'The Bronzer' enjoyed a successful festival run and rave reviews.