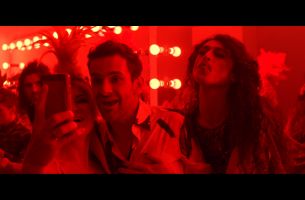 Young director Ollie Wolf and Caviar have teamed up again with Josef Salvat in a follow up to their highly successful collaboration on ‘Open Season’ - for which they garnered the accolade of being listed in Promo News’ Videos of The Year. This time it’s for the Australian’s latest single ‘Paradise’. In it, we follow Josef through a day promoting his new single on a press junket in a seemingly one take wonder.

Ollie Wolf had this to say about working with Josef on the follow up: "Without wanting to sound like a nob, we established meta tone with Josef’s last video. So it allowed us with “Paradise” to dive deeper into a narrative that explored the honest reality of the pop star lifestyle. Most of Paradise is based around stories Josef told me - including the puppet interview which was too good not to include. Then the seamless flow of the film came naturally from the idea of spending a day in his life. And let’s be honest - who doesn’t wanna have a crack at a one shot right."