Peterson brings his creativity and technical expertise to the company 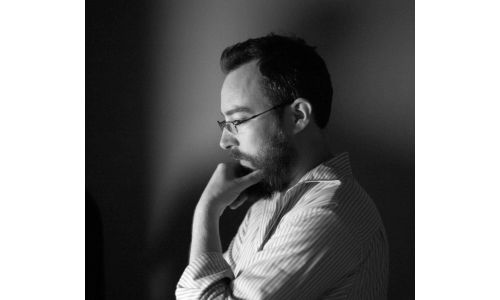 “Nick really embodies the future of commercial Directors,” continues Halpern. “He can elevate an agency's storyboard, as well as shepherd an entire production from directing to editing, using his knowledge to be both efficient and excellent. His deep arsenal of camera, post and other magic tricks offers a grand solution for any assignment of any scope -- be it with cars, people or nature.”

Director Nicholas Peterson graduated from the prestigious Experimental Animation Program at the California Institute of Arts (CalArts). After film school, he began working in the visual effects industry becoming a Producer on high-end, national commercials, and feature films such as “Charlie’s Angels 2” and “The Ring,” and television series such as “CSI: Miami and “House: MD.” His first film “MuM” received numerous awards, including an Emmy Award and was an Official Selection at the 2000 Sundance Film Festival.

In 2006, Nicholas wrote and directed the feature film “Dark Mind,” starring Christopher Masterson (“Malcolm in the Middle”) and Lyndsy Fonseca (“Kiss Ass,” “Nikita”). The film won several awards and secured domestic distribution and multiple foreign sales. Nicholas’ original style and graphic storytelling naturally led him to direct Commercials. Nicholas has directed spots for many clients including CVS, Ford and Chrysler. His latest music video has reached over 10 Million views on YouTube within just a few months of its release.

“When I look at the person behind the reel, I see with Nick a powerful force regardless of budget. He attacks every assignment with intelligence, passion and enthusiasm,” adds E.M.A. Founder Lee Nelson. “Nick will bring deep, original and valuable thought to a project just as he brings a great new facet to the E.M.A. roster. I particularly like his work for Lancia because the cars not only looked beautiful but the pictures tell a powerful story. His spot for CVS is an entertaining solution to a complex assignment. His docu work simply transcends the medium,” states Nelson.

“I’m very excited to begin working with Lee and Andrew,” concludes Peterson. “Both are hard working and get things done with a high level of quality. I’m looking forward to creating some spectacular spots with them.”