Lehtinen is known for his work with brands such as Coca Cola, Range Rover, Volkswagen & Fragile Childhood 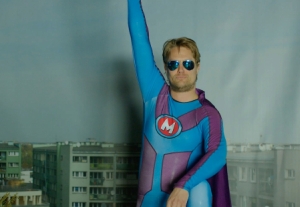 ‘I’ve followed Hobby Films work for quite a while now and always liked the creative stuff they put out. So when Oskar got in touch and asked whether I’d be interested in working with Hobby, it was a no-brainer. I’m very excited about the future’ says Mikko.

Having studied film, theatre & commercial design, Mikko began his career as a production assistant at Finland’s MTV3 before moving on to directing.

Most recently Mikko has received international acclaim for films such as ‘Monsters’ & ‘The Orphanage’ with Havas Finland.True to his style, both films capture the stark & often confronting nature of reality through the eyes of innocence. His ability to create visually striking yet nuanced films has been acknowledged globally at festivals such as Cannes Lions, Cresta Awards, Berlin Bear, New York Festivals & the Golden Drum Awards amongst others.

‘We are super excited to work with Mikko. He’s an incredibly talented director and a fantastic visual storyteller. We look forward to making great films with him here at Hobby’, says Oskar Bård, founder & director at Hobby Film.

The London based director & founder of production company Sauna International, will be represented by Hobby Film in Sweden, Norway, Denmark & the Benelux operating out of both Hobby Film’s Stockholm & Amsterdam offices.