European transplant is known for stylised storytelling and quirky humour 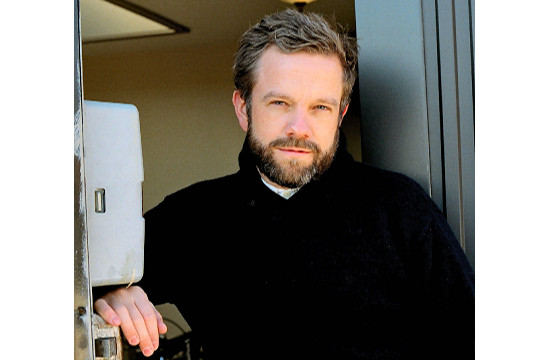 Marc Wilkins, a European talent who now calls New York his home, has joined the directorial roster at humble, the hybrid production and post company that’s based here and in Los Angeles.  He was previously repped in the US by Caviar and Rabbit.

“Marc is a natural-born storyteller with a great eye for people, a seamless way of incorporating VFX and an offbeat and ironic sense of humor,” says humble EP Ned Brown.  “From both a narrative and a visual standpoint his work really stands out, and we think he’s going to be a great addition to our roster.” To view his work, click here:

Wilkins was born in Switzerland and raised on the island of Crete and in Germany, where he got his start in the industry, working his way up the production ranks on feature films.  He directed his first short while still in his teens, and became heavily involved in the short format scene, founding a group called Kinoherz to focus on the genre.

In his early 20s his work was recognized by the Commercial Film Producers-Europe (CFP-E) Young Guns festival for emerging directorial talent, and in 2003 he was included in the Saatchi & Saatchi New Directors Showcase in Cannes. It was a good year for Wilkins in the South France, as his PSA for Doctors Without Borders, “Game Over,” also won a Gold Lion.

Wilkins’ work includes ads for such US agencies as McCann, Goodby Silverstein & Partners and JWT, and his reel includes spots and web shorts for such brands as Schick, Mercedes-Benz, Nivea, BMW and many others. His spot for New York City’s iconic Bowlmor Lanes, created with a team of freelance creatives led by Creative Director Marty Weiss, was profiled in SHOOT magazine.  More recently, his New York-based dramatic short, “Hotel Pennsylvania,” was an official selection of numerous festivals around the globe and awarded with both jury and audience prizes.

His Danish ad for that country’s Midttrafik bus line, “The Bus,” was a viral sensation hailed by Adweek as an “epic” that mixed stylized storytelling, over the top performances and a general sense of faux awesomeness that comes off as hilarious. Similarly, his “Grumpy Grandfather” for the Eastern European brand Cherkashin Meats shows a grizzled old villager whose enjoyment of a simple meat sandwich gets interrupted by a sequence of annoyances, all of which he deals with in truly absurd fashion.

Wilkins says he felt an instant simpatico after meeting humble’s Brown, along with President and Founder Eric Berkowitz and EP Persis Koch.  “They have a real passion for that they’re doing, but they’re realists, not dreamers,” he explains. “Their hearts beat for the right things.  We’ve made a commitment to each other and I’m very happy.”

The ability to work at a studio that combines production, post and VFX capabilities, Wilkins adds, aligns perfectly with his sensibilities and background as a filmmaker.  “I came up with a European upbringing, where post production is an integral part of making a film,” he explains.  “It’s important for me to be able to compose a project on every level, so having these capabilities in house give me much more space in which to work. It will almost feel like working from home, because humble is going to be my home.  I’ll find a great sense of peace working this way, as there will be no ticking clock.”

Commenting on his visually-driven yet lightly comic approach to commercials, Wilkins says he’s driven most of all by his fascination with the human condition.  “I see myself as an extremely curious director who likes to explore things, often with a smile,” he says. “And my sense of humor is never cynical, by the way; there’s a sense of joy and amusement I find in observing people, and I like to reflect that in my films.

“To me, storytelling is the key,” he continues.  “Whether it’s a laugh, a sigh or a tear, it makes me happy to engage audiences with a sense of real emotion.”