Laurie was previously repped by Caviar 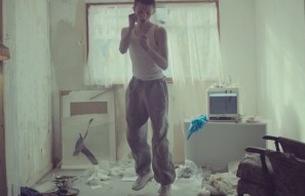 Black Dog UK has today announced the signing of director Laurie Lynch. Previously at Caviar, Laurie Lynch has directed a series of acclaimed music videos for the likes of Liars and New Young Pony Club, and collected a number of Vimeo Staff Picks along the way.

Lauire’s short film Mark was selected to screen at Cannes Film Festival. It’s a gripping and clever piece from the UK-based auteur that will keep you guessing right up until the very end.

Katie Dolan, Head of Black Dog UK, says: “As a director whose work I’ve admired for many years, I’m incredibly pleased that Laurie has chosen to officially join Black Dog UK. The rest of the team and I are really excited to be helping develop his already celebrated young talent.”

On his signing, Laurie commented: “I’m really psyched to be a part of the Black Dog family... still pinching myself to be honest!”