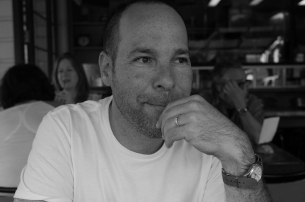 Humble has announced that Justin Leibow has joined its directorial roster for commercial representation in the U.S. Leibow will also join the directorial roster for Humble's new sister shop, Postal, which specializes in effects- and design-heavy projects. Known equally for his talents across live-action filmmaking and motion graphics, Leibow brings a unique creative vision to both rosters.

Leibow's prowess as a director has earned critical success for top brands over the years, including Coca-Cola, Visa, Toyota, Gap, Target, and Sprint. He also recently wrote and directed live action short films "J. Arthur" and "Exquisite," which toured a range of U.S. film festivals. Other recent directing projects include a 10-spot global campaign for PayPal, Super Bowl spot "Lucky Chuck" for GolfNow, and the main title sequence for NBC's "About a Boy." Leibow joins Humble and Postal from Wild Plum; he also has a stellar design background from his eight years as Executive Creative Director at Superfad, which he co-founded in 2005.

"In recent years I've been fortunate to flourish in live action, while still getting opportunities to engage in vital design work which is where I got my start," said Leibow. "Joining the rosters of sister companies Humble and Postal is the perfect way to keep pursuing both. Im thrilled to have found a dynamic environment where I can immerse myself in live action, and still have a crucial connection to design."

"Justins reputation precedes him he excels in any medium he touches," commented Eric Berkowitz, Founder and President, Humble. "Were very excited to join forces with Justin and have him help push the needle forward for both Humble and Postal."