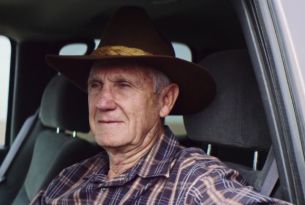 For most people, the drought is a very impersonal natural disaster, one that is out of sight and out of mind for Californians and Americans. Los Angeles-based Hey Baby director Joris Debeij seeks to change that, by putting real faces and real hearts to the issue, with the untold story of Statford, a small agricultural town in California’s Central Valley where years of drought are threatening the livelihood of the community in the new short film “When a Town Runs Dry.”

The short (8:15) documentary follows three Statford residents: A farmer who has had to sell land that his grandfather originally purchased; a high school football coach who grew up in the area during a time when children could run and play in the water; and a shopkeeper, an immigrant from Yemen who loves his adopted town, but is having difficulty making ends meet when his customers cannot afford to pay their tabs.