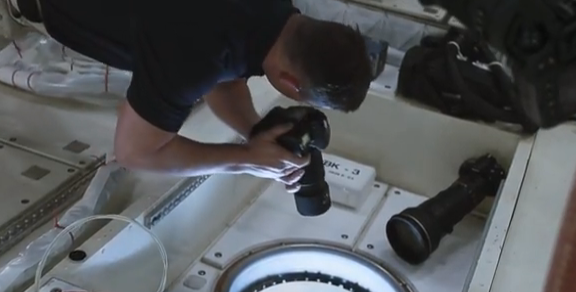 Award-winning commercial director John S. Park has teamed up with Hyundai and Innocean Worldwide to deliver this inspiring film that helped a 13-year old girl from Houston send a message to her astronaut father who is hovering high above earth in the International Space Station.

Using GPS systems, satellites and a fleet of eleven Hyundai Genesis sedans, they created a giant version of the girl’s hand-written message, across Nevada’s Delamar Dry Lake so that her father could see it from space. The message spanned across 5.55km of desert, more than one and half times of size of central park.

Not only did the stunt successfully deliver the girl’s moving note to her father, it also achieved a 2015 Guinness World Record for the ‘largest tire track image’.

John S Park is represented globally by The Sweet Shop, with the exception of Singapore, Malaysia, Thailand and South Korea where he is the founder of Addict Media Films, a production company based in Seoul.