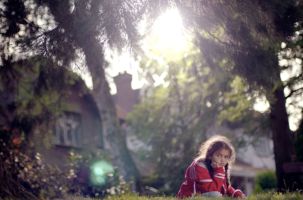 The service is rolling out initially in select states in the US before hitting the UK later this year. "It was a tremendously positive collaboration between all three companies and we are excited to launch the film," says Bailey.

"It was the opportunity to explore lovely little expressions of hope and wariness and inhibition that really intrigued me with this spot, those gorgeous little looks and nervous glances shared between two rather guarded children," she continues. "The big challenge any time you work with kids is getting a performance that feels genuine and not horribly over-acted but also trying to hit something that is tender without feeling overly sentimental. We were all very conscious of that and I hope we’ve managed it."