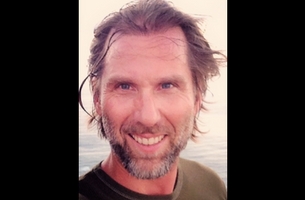 Director Jakob Strom, who took a break from the business to find himself as a filmmaker and ended up making a jarring piece that has added significance amongst today’s headlines of sexual harassment of women, has signed with Cultivate.Media.

To view his work, go here

Cultivate.Media which also represents a diverse roster of directors from the US, Europe and Asia, enjoys a strategic alliance with the New York-based Click 3X on combination live action / visual effects jobs and share co-production arrangements with each other on opposite coasts.

Best known as the director of “Dear Daddy” Strom’s film has been viewed millions of times around the world since it first appeared in 2015.

Lauded by Adweek, Creativity, the Huffington Post and scores of other publications, it represents a letter to a father from his unborn daughter.

Starting off as a warm portrait of expectant parents, it quickly segues in a litany of horrors this girl will experience over the course of her life at the hands of boys and men. “I know you will protect me from lions, tigers, guns, cars or even sushi, without even thinking about the danger to your own life,” says the woman announcer, playing the role of the daughter. “But dear Daddy, I will be born a girl. Please do everything you can so that won't stay the greatest danger of all."

Created by the Norwegian agency Schjaerven for CARE Norway, the film was part of a worldwide campaign to highlight abuse against women. Released on social media, it went viral in a week and since then has been viewed over 300 million times worldwide and translated into ten languages. It’s scored not only with audience but with awards shows, too, winning Gold and Silver Lions in Cannes; the White Pencil at D&AD, the Grand Prize Award at the New York Festivals and honors from Clio, Cresta, London International and Eurobest.

“Dear Daddy” is a standout example of Strom’s ability to tell highly emotional stories in a visual style. Another example is his spot for the Scandinavian grocery chain Meny, “Real Passion,” in which a man who works for the store is seen preparing many of the items it offers each day, connected through a series of vignettes to a tradition of artisanal purveyors who share his exacting standards.

Strom’s career in advertising began after he spent four years in San Francisco studying advertising and design at the Academy of Art University. He returned to Sweden and landed an art director’s job at TBWA, where he worked for the next seven years on a wide range of accounts. But he says he found himself most comfortable while on set, and in the early aughts he made the leap into production, initially working as an assistant to director Fredrik Bond. He then worked his way up the production ladder and launched his directorial career with the Swedish production company RAF, founded by Johan Renck and Jonas Åkerlund.

“Dear Daddy” marked a career turnaround for Strom that came about after he spent a year refocusing his energies as a director. While drawn to emotional stories, he found himself working on comedy scripts, thanks to the reputation of his Swedish production house at the time. So he took time off to re-orient his priorities, and during this period he made the CARE film.

“And that changed everything for me,” Strom admits. “While I always felt ‘Dear Daddy’ was very Swedish in how it was made and how its story was told, a woman from Spain recently told me how much she liked it. When I asked her why it resonated so much in her culture, she said, ‘Jakob, it’s because you touched people with it.’

“I really feel that I’ve grown as a filmmaker over the past year,” Strom continues. “I rediscovered the core of why I wanted to be a director. And I feel stronger and more motivated than ever before to conquer the US market.”