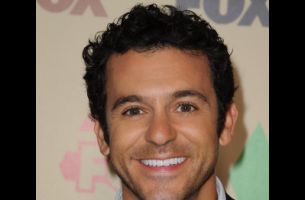 Caviar has announced the signing of actor and director Fred Savage. The move positions Savage to continue growing his work in the commercial space with a complementary group of peers among Caviar’s stellar community of comedy directors.

Savage is currently enjoying another exciting moment in his career as a director responsible for some of the most-watched content out there today. Recently it was announced that Savage inked a deal with 20th Century Fox Television to write, produce and direct projects for the studio.

Fred Savage has enjoyed a well-rounded career as a multi-hyphenate storyteller, his successes spanning acting, directing and producing.  Savage began his career as an actor, becoming the youngest person to receive an Emmy nomination for Outstanding Actor in a Comedy Series for his work on The Wonder Years. After graduating from Stanford, Savage moved behind the lens, apprenticing under heavyweight filmmakers before ultimately landing gigs directing and executive producing acclaimed episodic comedies such as It’s Always Sunny in Philadelphia and Party Down.  He recently wrapped up a critically acclaimed run on the Fox series The Grinder.

Savage quickly established himself as an in-demand director for TV’s most coveted time slots, helming over 200 episodes of television and racking up four Director’s Guild nominations in the process.

“Fred has proven his directorial expertise throughout the world of television, commercials and branded content,” remarks Caviar’s Los Angeles Executive Producer Darren Foldes. “Not to mention personality-wise, he’s just as positive and enthusiastic as you’d imagine. We’re honoured to have him join our crew.”

On joining the ranks, Fred Savage comments, “I have been a fan of the work coming out of Caviar for years and I am thrilled to be teaming with their crew to explore new and exciting ways to tell stories, make people laugh, and sell stuff.”