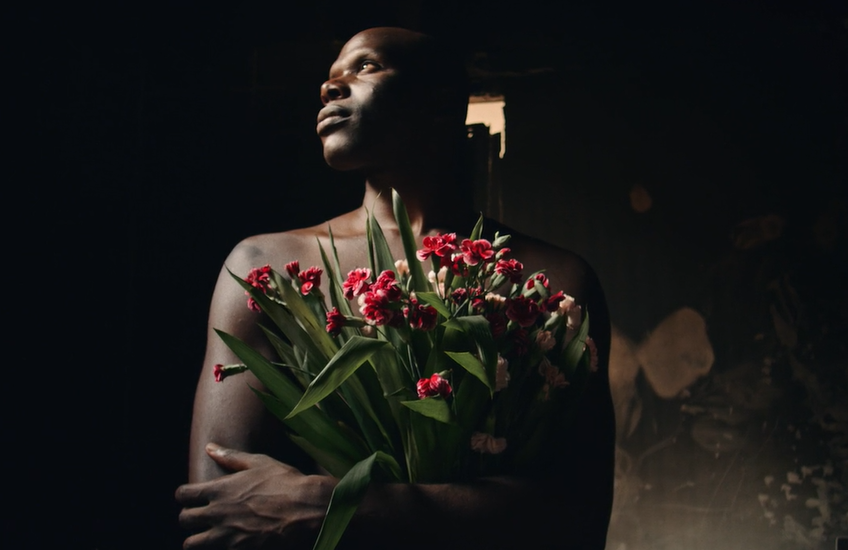 This music video embarks on a journey defined by self-expression, raw honesty and life-defining hurdles. Hailing from the Côte d’Ivoire, but based in Brazil for the last five years, Loïc has consolidated a dense artistic career as a performer and role model among the new generation of Brazilian creatives. A figurehead of free expression and the LGBTQ+ community.

Douglas brings us a highly visual yet intimate insight into the lives of the artist and his partner, Raphael Lobato - who in January lost their home and all personal belongings to an accidental house fire. This opportunity to collaborate, following a long friendship, was initially supposed to adopt a very different concept. However, in their turmoil and dismay two weeks before they were set to shoot the music video for ‘Braços/Vela’ - Douglas, Loïc and Raphael decided to turn this tragedy into a piece of art and spontaneously filmed the promo in the remains of what was left behind of their home. Supported by Stink Films, the promo was filmed two days after the incident and the production is dedicated to all the people, fans and admirers who came together in the process of reconstructing the artist’s life.

‘Braços/Vela’ holds a message of determination and hope. Split into two phases, the song begins by talking about 'seus braços' (raising your arms) and ends with the message: “Se voce ascende uma vela, nao tera mais medo” (If you light a candle, you will no longer be afraid). Douglas nods to the irony of the lyrics by bringing a visual representation of the remarkable moment in the artist’s life when his every possession burned because of a candle.

They shot for an impressive total of four hours, enough time to capture and transform the ashes of their home into something beautiful and full of hope. In order to honour Loïc’s love for nature and the original concept of the music video, Douglas was able to shoot some elements of the video on B-Roll amongst nature, carrying the theme of burning through with a hypnotic melting effect on the artist at intervals and portraits of natural elements up in flames.

Loïc Koutana comments: “Me, Zopelar and Mauricio have been working on this album since the end of 2018. Today I share the first piece, Arms / Candle, and I can say that the whole album is an open letter of my life. Many know me through other projects. I collaborated with several great artists, but never before had the opportunity to express myself solo in music. This debut single is undoubtedly one of the most intimate pieces of the album on the way."

The track is now available on all digital platforms.