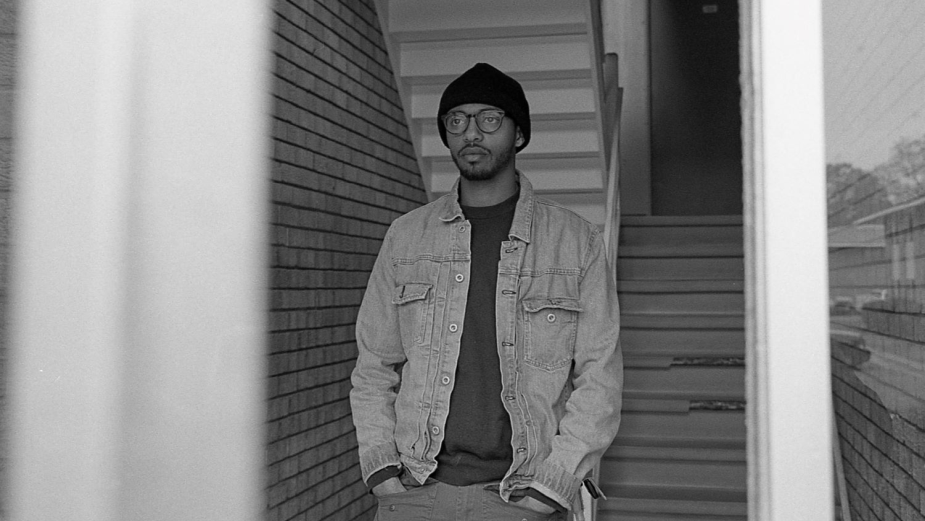 Dawit N.M., born in Ethiopia and raised in the tidewaters of Virginia, has joined the directorial roster at ELEANOR. Named as a 2021 One Club Young Guns Finalist, his signing was announced by founder and EP Sophie Gold. To view his work, go here.

Gold says that Dawit’s work transfixed her, as did his story about when, as a small child who would awake each morning with his eyes fused shut from recurring eye infections, he was unable to see until his mother bathed his eyes with water. “And that struck me,” Gold says thoughtfully. “He wakes up in darkness, and he’s cleansed by his mother, and then he creates visually. And it made me think of William Blake, who said, ‘If the doors of perception were cleansed, everything would appear to man as it is – infinite.’”

It’s not often that an EP EP cites a 17th century English poet when describing her latest directorial signing, but Gold (just named to Ad Age’s 40 Under 40 list) is no ordinary EP, nor is ELEANOR your typical production company. Designed to elevate creatives and creative thinking, it presented a natural appeal for Dawit, who had previously been on the roster of a tiny boutique.

“I’d explored a number of other companies, but at ELEANOR I’ll be able to benefit from its hands-on nature and Sophie’s direct involvement in my career,” Dawit says. “As a director, I’m looking to build a future, a workflow and a value system. At times I may be uncomfortable, but that’s good. My goal is to pursue work with a purpose, that captures the human element, and that reveals basic human truths.”

That drive to shed light where there is darkness infuses Dawit’s portfolio, particularly the photography work he’s done on assignment for such media titans as The New Yorker and others. “I see this work as an opportunity to tell the truth,” he explains. Dispelling perceptions is what he’s been about for much of his life, such as his book, “Don’t Make Me Look Like the Kids on TV,” meant to change common Western perceptions of children in Africa as impoverished and malnourished.

His work has graced museums and galleries, while making waves in the music video space, particularly his collaborations with the singer Mareba. The films, particularly “Plante U,” reveal his ability to shine a muted light on an artist and see beyond the music, uncovering hidden stories. Moody and reflective, Dawit’s films take the artists’ haunting songs to a higher emotional pitch.

His short film for the visual artist Wangechi Mutu’s show at San Francisco’s Legion of Honor Museum, “I Am Speaking, Are You Listening?”, is its own piece of conceptual art: built around evocative scenes of nature juxtaposed between architecturally balanced shots within the museum’s collection, the film takes us on a quest inside the artist’s mind, as we hear her words describe the ideas and notions revealed in her work.

Dawit is no stranger to working with brands, however; his work for Under Armour and its Curry Brand, launched by NBA superstar Steph Curry, is a riveting look into breaking boundaries and achieving one’s personal best. Says Gold, “He creates these layered visual masterpieces, which simultaneously shine a new light on how people see things.”

Settling at ELEANOR, Dawit explains, “felt like the right place for me to be right now. There were a lot of signs pointing in this direction. People had begun to take notice of my visual style, and I felt it was time that I focused more on creating work that matters, working with more heavy hitters.”

That the company is the only Black and woman-owned production houses working in the brand space was not lost on him, either: “It’s really the icing on the cake,” he says. “I want to be at a company that feels like it’s for us, and made by us. So I’m excited to see we can take this.”

Where will Dawit fit in the ELEANOR cosmos? “We’ll pursue agencies and brands that are doing visually interesting work, or that are looking to highlight social issues – ones that will be open to a different point of view,” Gold states. “When I saw his work for Mareba, for example, I was blown away by the journey on which he took viewers. We’re going to explore his unique ability to cleanse the eyes of the world, so they can see things as they truly are.”

Dawit N.M. joins an ELEANOR roster that includes Kate Cox, Woods, Adrian De Sa Garces, Kacper Larski, Elias Ressegatti, Kelsey Taylor, Sean Thonson and Alice Waddington. The company is represented on the East Coast by Anya Zander and Jenn Johnson of Hustle, in the Midwest by Matt Bucher of Obsidian Reps and on the West Coast by Melissa Ross of Melissa Ross Represents.