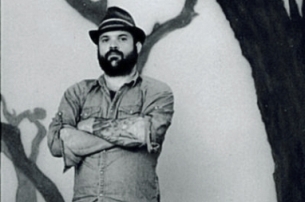 “I’m excited to join the team at Click 3X to capture and share unique stories with the world. After talking with multiple production companies, it was obvious they were the perfect fit for me,” said Drake. “They have the creative atmosphere I’m looking for, and their state-of-the-art resources will allow me to realize my dreams at the next level. There will be no limits for me at Click 3X, only opportunities."

Drake’s mastery of navigating conceptual options in real time, his energy and warmth, and his depth of technical knowledge galvanize clients, creative teams and production sets.

“Damien is a unique talent who exercises his ability to tell the intimate stories of real people and seamlessly integrate them into the context of a brand. His work has a level of humanity that is honest and compelling,” said Megan Kelly, Executive Producer, Managing Director, Click 3X Live Action. “Additionally, his background as a DP fleshes out his work with stunning visuals. He’s a wonderful addition to our roster and we’re thrilled to work with him.”

In 2012 and into 2013, Drake directed more than 30 videos in over half a dozen countries for Procter & Gamble’s “Everyday Effect” campaign.  In one of those commercials, his direction of elderly couple Morty and Lee Kaufman responding to their new Swiffer catapulted them to fame, and the TV spots saw substantial airtime.

Drake began his career as a producer at VH1 Classic, where he conducted hundreds of interviews with legends such as Elton John, REM and The Clash. In 2004, he founded East Pleasant Pictures and produced entertainment content for Sprint’s new digital account with music superstars Akon, Rihanna and Amy Winehouse.

His work for the MSG Network was recognized with 3 New York Emmys. In 2009, Academy Award-winning producer Fisher Stevens recruited Drake to shoot over 100 days in Africa for a project documenting Dr Amy Lehman and the Lake Tanganyika Floating Health Clinic. Drake went on to shoot Stevens’ subsequent docs, “Mission Blue” and “My Decisions.”

Drake is working on his first feature-length film, a documentary that covers New York City’s underground model-fight-club scene called “Friday Night Throwdown.” In addition to directing, he is an accomplished fine artist, musician and songwriter.