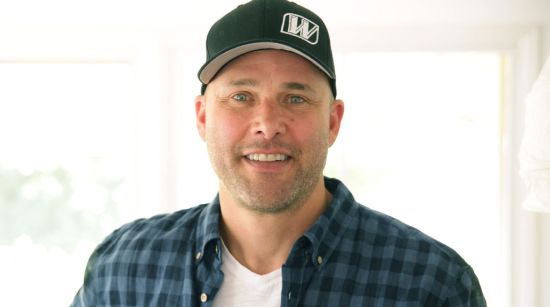 Brent Jones has brought his upbeat style and irrepressible personality to humble, having joined the directorial roster at the New York and L.A.-based production and post company.  His signing was announced by humble’s West Coast Executive Producer Ned Brown. Jones joins humble from Motion Theory.

The director’s recent work includes several fast-paced and humorous campaigns for Nissan, one of several automotive brands for which he’s directed commercials and web content.  His visual flair extends beyond sheet metal, however, as he’s also directed spots for FedEx, Monster.com, McDonald’s Ikea, Subway and DirectTV, among others.

“Brent’s got an infectious enthusiasm about what we do,” say Brown.  “He’s excited about all aspects of our industry, and when you work with him it makes you excited, too.  He brings a high quotient of fun to each and every job, and he uses that to rally people around a project. And that extends to everyone – cast, crew, agency, client, everyone. What’s best is that this level of excitement shows in his work.”

Jones’ interest in directing was cultivated from an early age: his father was a director in his native Kansas City, and he recalls helping run casting sessions at age 15.  He got his professional start shooting football games for his hometown Kansas City Chiefs before he made the move to L.A., where studied at UCLA and worked his way up the production ranks on features with such directors as Steven Spielberg, Michael Bay, Cameron Crowe and Sam Raimi.

His 2004 short, “The Company Man,” received high acclaim at the Los Angeles Film Festival and paved the way for his transition into commercial directing in 2006. The following year, his work catapulted him into SHOOT’s New Director Showcase.

As a director, Jones says he finds working on agency jobs to be a particular joy. “I like the adventure of a commercial,” he explains.  “You get pushed out of the gate, going full speed ahead, to tell a short story with a bunch of talented people who are excited to be creating something fun and entertaining,” he adds. “From the time I get the storyboard, I’m collaborating with a range of great people – with the agency, with members of my crew, with the actors – all of us working together to make it better and better.”

In this respect, he says he was attracted to humble – and they to him – because they’re kindred spirits. “They’re straightforward, they’re exciting and they’re innovative,” he says of the humble team. “I love what I’ve seen of their work, and I’m totally on board about the kinds of projects they want to do.  There’s confidence without ego here, which is down-to-earth and refreshing.”

Jones’ signing comes on the heels of the signing of Oscar-nominated comedy director Rob Pearlstein. Both directors, as well as the rest of the humble roster, are represented by Hustle on the East Coast, Obsidian Reps in the Midwest, Jack Reed Reps in Texas, Siobhan McCafferty & Associates on the West Coast and Momentum Reps for the Hispanic market.