“There are many of us roaming the world, holding onto an identity we forged half a lifetime ago…” 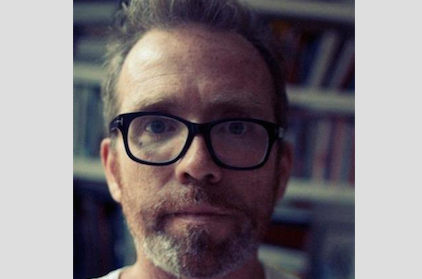 I don’t know where I am from anymore.

I left home in my early twenties. I learnt my trade in the UK and in fact became a British citizen three weeks after I left to live in America. I had to have a private ceremony because I was back at a time when no public ceremonies were taking place. So, I sat in a room alone in London and the Master of Ceremonies addressed me like I was part of huge gathering. “All rise please…” As he read his speech about being British I felt vaguely proud. Then I had to sing God Save the Queen alone and un-accompanied. However I didn’t feel particularly British after doing it.

I speak like an Australian. I guess I feel Australian. Around the world I’m certainly treated like an Australian but when I go home to Oz I feel like I am Marty McFly seeing my hand and my history slowly fade in front of my eyes. I feel like an outsider. It’s only vaguely familiar. I have feelings resurface that I haven’t had since I was a kid. I hate some suburbs for being posh or full of f**kwits even though they are completely different. The now glamorous and hip inner west is where our heads were beaten in or we fought other schools after sport. It’s like a weird adolescent deja vu.

But I’m not alone in the antipodean diaspora. There are many of us roaming the world, holding onto an identity that was forged half a lifetime ago. I look at Clive James and Germaine Greer. They kept their identity. When they moved away, the colonial expectation was that they were just stupid because they were from Down Under. I certainly felt that 20 years ago, but it has changed. There is less patronizing and more respect. Now we are quite clever it seems.

The cultural differences are evident in all countries but that’s a good thing. I’d never bemoan that. But ultimately there is very little difference around the world in advertising. It has a reputation for being vast but in reality it’s not. You get nervous agencies and nervous clients everywhere just as much as you get amazingly creative and passionate agencies and clients. There is good and bad work everywhere. Oz and New Zealand creates some beautiful work but they also like to yell at you in the not so beautiful stuff. America has the weirdest collection of great ads and the most woeful. The UK has a simplicity and beauty in the way they advertise, but I have to say that I miss the days when I first moved to London when the ads at the cinema were generally better than the film itself.

The processes are different but they are manageable. They call things different names; grips do different things and the agencies cut for you in the US. But you can be involved if you want and have a good relationship.

I get pulled up for spelling in America. My treatments for the US say 'color' not 'colour'. I can’t say words like 'telly' because they only say 'TV'. But the cultural difference makes the price of the ticket worthwhile, as someone once said to me.

I am approaching the line that says I have spent more time outside of Australia than in it. It’s a weird feeling. When I get on a plane to go home to LA I get slightly confused. Home has become quite an abstract term. But half a life as a “citizen of the world” has given me a perspective that I’m grateful for. Everywhere I go, even my birthplace, I have an outsider’s perspective. And, that has shown me that the cliché rings true, that people are people wherever you go. There are dickheads in Belgrade and dickheads in Auckland. But if you are open to cultural differences there are mates to be found everywhere too.