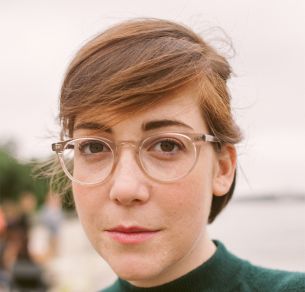 “Anna is a tremendous talent with a very original voice,” Daly said. “Her work stands out for its inventive and provocative narrative and visual storytelling. We’re excited to introduce her innovative approach and creativity to our clients.”

A narrative storyteller with an eye for beautifully composed and styled visuals, Holmer’s most recent short-form content includes an exquisite music video for James Blake’s “My Willing Heart,” filmed in high contrast black and white and featuring languid sensuous shots of a very pregnant Natalie Portman. And the original piece, “Moonlight x Alvin Ailey” for the Nowness Just Dance film series that pays homage to Barry Jenkins’ Moonlight. Choreographed by Alvin Ailey American Dance Theatre Artistic Director Robert Battle and set to a euphoric score from Nicholas Britell, it features dancers playing out a blue-lit journey in the same spirit of the Academy Award-winning film.

Holmer said, “I’m excited to partner with a filmmaker-founded and filmmaker-driven company that emphasises artistry across various platforms. RSA Films and Black Dog were immensely supportive in the production of the My Willing Heart video. From that first endeavour together, I know they will continue to champion my vision regardless of format.”

Holmer brings over a decade of experience in camera department and production crew, and as a director, tackles creative problem solving on set from a holistic viewpoint. She explained, “Short form content is continuing to evolve and push the formal language of moving images at an exciting and rapid rate. I want to experiment and give life to voices, images and ideas I haven’t seen onscreen before.”