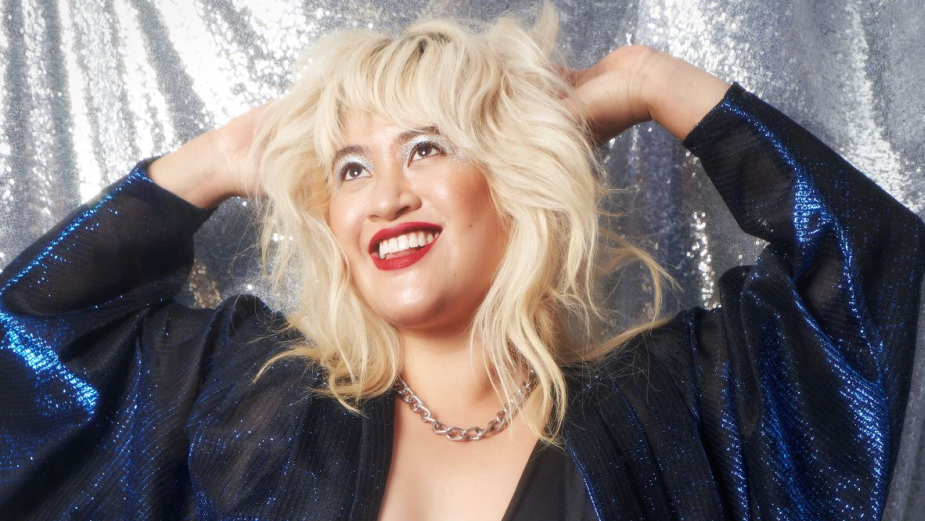 This is Cuerdo’s first representation agreement with a commercial production company; she’s represented for entertainment and literary projects by the Creative Artists Agency. To view her work, click here.

“Allie and I met a couple of years ago, and we immediately clicked,” says Wiedemann. “Her personality is incredibly magnetic, and what we like about her is that she’s not just one thing – her work encompasses such a wide range of categories and forms, from documentaries to narrative filmmaking to books, speaking engagements and thought leadership. She fits in perfectly with the ethos we have at Greencard, which is to create thoughtful content across a spectrum of media platforms and genres.”

Hailed as one of the ‘100 Most Influential Filipina Women in the World’ by the Filipina Women’s Network, Cuerdo has directed efforts for such brands that tasked her with connecting in an authentic way with her community of progressive, creative and open-minded young people.

Earlier this year, PepsiCo’s LIFEWTR tapped Cuerdo to represent the film industry for their  “LIFE UNSEEN” campaign, launched in partnership with the actor, writer and producer Issa Rae. Her short film, “Fluid,” was a meditation on the power of celebrating who you are, and starred the transgender activist and model Yên Nguyen. As part of the campaign, Cuerdo also designed a custom branded water bottle featuring a stylized take on the transgender flag. And for Spotify, she directed a bold, dance-infused spot celebrating Pride Month in New Orleans, Nashville and Detroit titled “Claim Your Space.”

Cuerdo’s work runs a gamut of looks, vibes and attitudes, from her documentary “Ulam: Main Dish,” which captures the sense of being Filipino in America through the universal touchstone of cuisine, to a series of gritty yet sexy shorts for the retro fashion and pop culture pub Stone Tulips to her straightforward and direct approach to presenting the 2020 International Press Freedom Awards, a virtual awards show that ran on NBC for which she interviewed A-list celebrities from Meryl Streep to Amal Clooney.

Cuerdo essentially grew up in the film business, as her father worked for several major and independent studios as a business affairs executive and producer. She was busy working on sets and assisting in creative development while still attending film school at UCLA. Did she initially want to get into directing? “It’s what I wanted,” she explains. “I was leaning towards being a writer/director, and you learn so much spending time on sets. It gave me the tools to be a better filmmaker, as well as a stronger writer.”

A Southern California native who now divides her time between Brooklyn and L.A., Cuerdo says she was attracted to Greencard on a number of levels: “First off, Emily is an incredible leader, and I think we share the same mindset. She’s got an amazing work ethic, and I was impressed by her willingness to share opportunities and give people a chance.” Cuerdo sees in Greencard’s makeup a pattern similar to her own, adding, “They’re not afraid to take risks, and that aligns closely with my own interests and passions, particularly when it comes to areas like casting and the people you hire. This kind of support helps fuel people’s careers, which in turn fuels the growth of others. It creates a lot of potential.”

Wiedemann says beyond just her admiration for Cuerdo and her work, there was another dimension to their connection, and that’s their shared cultural bond: “We’re two strong Asian-American women, and seeing what she’s accomplished is very inspiring. One or our founding missions at Greencard was to identify and support emerging talents, and that’s what she represents. Allie is at the early stages of what will be an amazing career in film and TV, and everyone here can see how that will carry over to her work for agencies and brands.”

From a social standpoint, Cuerdo’s self-identification plays into the kind of work she’s drawn to, and the assignments that have found their way onto her showreel. A vocal advocate for equality and inclusion, she’s spoken on the issue at Google, Facebook, AB InBev, Spotify and Yale, as well as at the Teen Vogue Summit, sharing her experiences as an openly queer, female Asian director. As a filmmaker, photographer and creator, her work has been featured in such media outlets as The New York Times, The Los Angeles Times, BuzzFeed, Vogue, New York Magazine, TimeOut, Filmmaker Magazine and more.

Working with brands and agencies, she adds, is simply another form of collaboration, one with which she’s eager to engage. “It’s really where the magic happens,” she says of the process. “The platforms that brands provide are truly global, and there’s a great opportunity to influence people with the work, and that has me genuinely excited. All I can say is bring it on!”

On a personal note, there’s another factor that made Cuerdo a good fit for Greencard, Wiedemann points out. “I want to see more people who look like me behind the camera. I think the trend of greater opportunity for people of color in production is shifting, and it’s important, both for me and our company, to be supportive of these new voices. Allie’s joining us is just the beginning of what you’ll be seeing from us, both in terms of the talent we have to offer and the kinds of content we’ll be producing.”