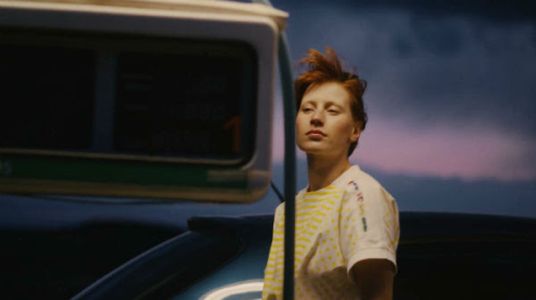 After graduating in architecture and graphic design from the ENSBA, one wanted to make music and the other one was into filmmaking.

Making greater use of their backgrounds, they took the plunge and started to create some surreal and absurd films. When Truman decided to make a solo music album, Cooper put images on it and they won their first award (Great prize for The King or The Bird at the Protoclip International Festival in 2012).

Ever since they haven’t stopped stepping up. The young French duo also known as Anthony Jorge & Jonathan Cohen, has quickly developed their skills as storytellers working sharply on their characters. Deeply involved in the casting process, nothing is left to chance, either through commercials or music videos; they create a world of fiction where their cinematic influences are omnipresent. A punchy cinematography along with raw and sensual emotions is at the core of their universe. That’s what they did, in 2014, in an utterly riveting way with the music video “Hope” by Kidwise that was widely acclaimed in the industry, it was chosen as the Vimeo Staff Pick in February 2014 and, Truman & Cooper designated by Promonews as directors to watch.

They also won the Saatchi & Saatchi new directors showcase in June. Their last video “Alternate World” for Son Lux illustrates an amazing storyline that captures pure emotions and hazy reality. Once again they have sublimed what they were given. Their significant talents and uprising won them a profile on Shots. It’s just the beginning !