The signing is the first US representation for this European team 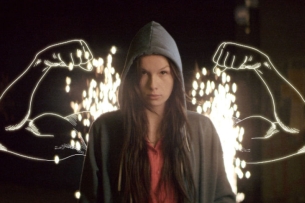 The directing duo of Fermin Cimadevilla and Lorena Medina – who go by the name This is Felo – have signed with Paydirt Pictures for exclusive representation in the US for commercials and ad content. The signing was announced by Paydirt Executive Producer Jeremy Barrett.

Cimadevilla and Medina are based in Barcelona although originally from the Americas. The pair describes themselves as a “directing duo of humor and vignettes, with a wide variety of styles and techniques that combine visual storytelling, animation and strong art direction.” Both initially worked as individual directors before deciding to team up. Click here to view their work.

Their sexy and provocative music video for Chulius & the Filarmonicos titled “Don’t” was honored at the 2015 Berlin Fashion Film Festival for Best Production Design and was named to a variety of ‘best music video’ lists by VideoStatic in the US, Fubiz in France, One Point Four in the UK, Fringe Music Fix in Canada, Neo2 Magazine in Spain and Filter Magazine in Mexico.

Cimadevilla’s work ranges from over-the-top comedy to non-fiction storytelling with a flair for casting, performance and art direction. His campaign, “The Town Where Nothing Ever Happens,” created by Shakelton in Madrid for a consortium of pay TV channels, was honored with seven Cannes Lions and was named by The Big Won Report as the second-most awarded worldwide campaign of 2008.

Medina brings a mixed media background combining film, animation and visual effects. She uses these techniques, she explains, to create narratives that are partially driven by their art direction and design. Her anti-drug PSA for Spain’s FAD (Foundation Against Drug Addiction) titled “Create” mixes highly individualistic vignettes of young people doing positive things interspersed with bits of animation and effects. (A frame from the spot accompanies this article.) In a review, Fast Company magazine said the spot aims to “inspire, not scare kids away from drugs.”

Collectively This Is Felo has directed spots for such clients as Ikea, Converse, Sony, Coca Cola, Canal +, Heineken, P&G, Novartis, MTV and Samsung, among others. Their roster of agency clients includes Del Campo Saatchi & Saatchi, KesselsKramer, McCann Erickson, DDB, Publicis, Lowe & Partners, Cheil and TBWA. Their work has been recognized by such festivals as CdeC, sponsored by the Creative's Club Of Spain; El Sol, the Ibero-American Advertising Festival; and LAUS, presented by the Art Director's Club Of Spain. In addition, “Don’t” has been selected for official screenings at short film and fashion film festivals in France, South Africa, the Netherlands and Spain.

“Fermin and Lorena – or should I say Felo – have a visually playful approach to filmmaking coupled with a great design sense, so they fit in well with our roster,” says Barrett. “They’re smart, contemporary talents with a fresh and unique look that makes their work memorable and that stands out in today’s maddeningly cluttered media environment.”

This is Felo joins a Paydirt Pictures directorial lineup that includes the teams of Leila & Damien de Blinkk and Riess | Hill, along with Emil Kahr and Vern Moen.