Production company 1stAveMachine adds a dynamic double-header to its directorial roster with the signing of Spanish directors Teo Guillem and Carlos Pardo, a.k.a Dvein, a highly collaborative duo that is pushing the limits of live action and CGI storytelling. With a background in fine arts and design, Guillem and Pardo are known for twisting the physical with digital and imagination with reality, developing evocative concepts that embrace surrealism and sophistication.

Spanning cinema, broadcast, music videos and art, Dvein’s film work heralds an unmistakably hybrid quality reflective of the directors themselves. “We try to work as ‘one brain,’” Pardo says. “We’re basically one director with two different opinions. Combined with our affinity for opposites and juxtaposition, this bipolar process is really the catalyst for the surreal imagery we’re known for.”

Dvein’s avant-garde visions have flowed through the creative strategies of iconic brands and renowned cultural figures, like Jean-Paul Gaultier, Diesel, Canal+, MTV, National Geographic, and Nokia. As they join the 1stAveMachine family, they enter a company where a try-anything-once mentality will feel right at home. 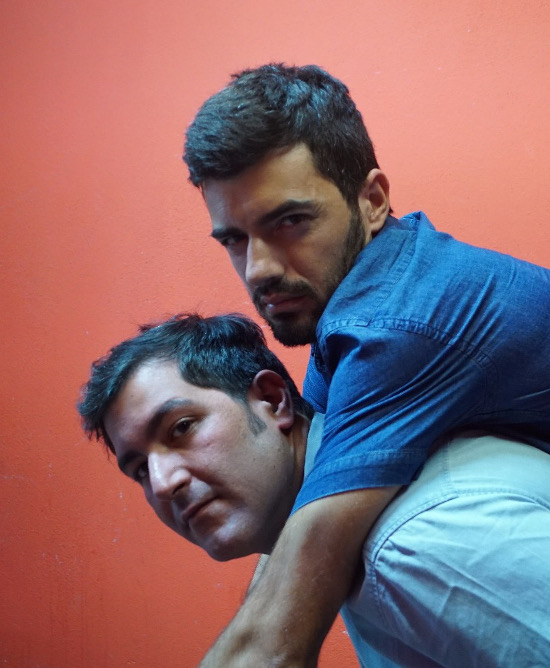 “We have followed 1stAve since the beginning, watching their evolution as a company and as creatives. We felt connected to their experimental approach and aptitude for mixed media projects, which is at the core of Dvein, as well. Experimentation is in our DNA. We look forward to amplifying our creativity at 1stAve, grounding even our wildest ideas in reality,” Guillem said.

1stAveMachine is not the first group to take note of Dvein’s unique visual statement, ever-evolving experimentation, and design-driven culture. The duo’s mesmerizing opening film for OFFF Festival was handpicked for the 2009 Saatchi & Saatchi’s New Director Showcase and their first music video for The Vein track, “Magma,” earned acclaim across the web for its visceral fusion of in-camera and computer-generated visuals.

They have also won numerous awards, such as PromaxBDA Latin America awards, the Australian Effects & Animation Festival, the Laus Awards, and more. Dvein’s innovation work has been featured at festivals and conferences across the globe, including F5 in New York, ArtFutura in Buenos Aires, and SXSW.

Reflecting on 1stAveMachine’s latest directorial signing, EP/Partner Sam Penfield adds, “When Dvein reached out and asked if we would be interested, we jumped at the chance. We would always like to think that we provide the space for directors to do their best work. Considering Dvein’s awesome portfolio coming into the company, expanding it is going to be an exciting creative challenge.”