The WCRS Director is a Cannes Lion winner 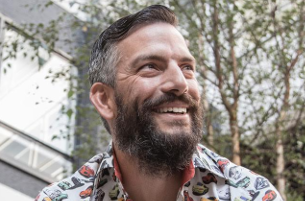 WCRS Director of Technology and Innovation Dino Burbidge is joining the judges for this year’s FEPE International Creative Awards. For the first time these will be divided into Classic and Digital.

The Creative Awards will be revealed at this year’s FEPE International Congress in Stockholm from June 7-9.

Burbidge led the WCRS team that, along with Ocean Outdoor, won FEPE’s Creative Award at the Congress in Barcelona in June last year for the ground-breaking digital Women’s Aid campaign. This went on to win a Gold Lion at Cannes later that month.

FEPE will also make awards for Technology, Leadership and Lifetime Achievement at the Stockholm Congress.

Prior to joining leading London creative advertising agency WCRS Burbidge worked at a number of leading digital agencies, technology and entertainment companies. He has led projects for the BBC, Disney, Microsoft and Mind Candy. Latterly at WCRS he has specialised in Out of Home.

Burbidge says: “As a full-service agency, Out of Home plays a crucial role in our marketing strategy. It provides a hugely valuable dimension to the way businesses communicate with audiences.

“But great creative will always be at the core of what we do and the FEPE Creative Awards set the global benchmark.

“It’s a great honour to join the judging panel and I look forward to helping to determine the best-in-class Out of Home. I’ll be looking for a mix of the classics… right place, right message, right time but with a focus on effortless simplicity and innovation.”

FEPE International Executive Director John Ellery says: “Dino is both a radical thinker and proven practitioner in the world of contemporary advertising. His commitment to the potential of Out of Home is beyond doubt and he will bring a fascinating perspective to both of these important awards.”

For further information contact Richard Saturley at FEPE on Richard@fepe.com.