From audio archivists to wakeboarding, The Ebeling Group heads round the world to capture inspiring stories 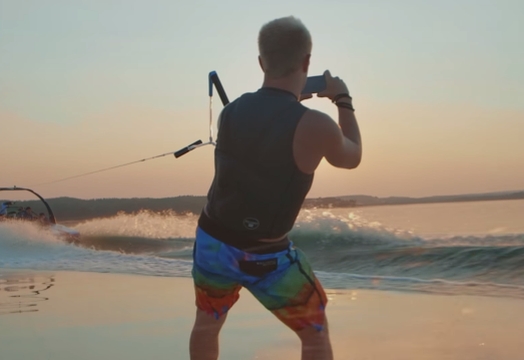 Venice-based creative think tank The Ebeling Group have produced three new films for Sony, unveiling the real-life stories of individuals who use the Sony Xperia Z3 smartphone to achieve incredible things. Created with agency DigitasLBI, the “Demand Great” campaign serves to spotlight the phone’s features, while showing viewers the greater impact that its cutting-edge technology can have on the world. Impressively, the films have already reached over 235,000 views combined.

The first film “Playback” shares the touching story of a passionate audio archivist, Matt Sohn, who discovered a tape amongst his father’s belongings. Sohn digitizes the music in amazing Hi-Res Audio, and reunites it with its creator Grover Pruitt, 47 years after the original recording.

“BoardShare” shows the bond of friendship shared between champion wakeboarder Justin Gratzfeld, and fellow rider Mark, whose torn ligament has forced him to sit out the summer boarding season on the lake with all his pals.  Remarkably, Gratzfeld is able to capture his ride with the waterproof Xperia Z3 and live-stream the experience, putting his injured friend directly into the action.

The final film “Peek” introduces us to Stewart Jordan, the creator of Peek Vision, an innovative mobile app that allows healthcare workers to diagnose a wide range of eye diseases without the need of heavy equipment and trained ophthalmologists in the field.

With the Xperia’s dustproof and waterproof technology, and a unique battery life that lasts up to 2 days, the Peek vision team can help to save the eyesight of people in the world’s most remote locations.

All three films celebrate those individuals who harness Sony’s advanced technology to better the world. The theme is a familiar one to The Ebeling Group founder Mick Ebeling through his work at his namesake hybrid production company, and as founder and CEO of Not Impossible, LLC, an organization that develops creative solutions to address real-world problems.