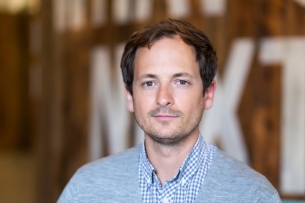 Global marketing and technology agency DigitasLBi has announced a revamp of its UK creative department, including the appointment of Isobar’s Pierre Duquesnoy as Creative Director and the promotion of two of its most senior creative leads, Helen Fuchs and Christopher Lee Ball.

As part of the refocused Creative Department, DigitasLBi has hired Pierre Duquesnoy as Creative Director. Duquesnoy joins from Isobar UK, where he spent two years as a Creative Director with responsibility for the agency’s creative output on global accounts including Pringles, Kellogg’s Nutrigrain and Huawei EU.

Duquesnoy was also part of the winning team in the problem-solving category of Twitter’s recent #PoweredByTweets initiative.

Prior to joining Isobar UK, Duquesnoy spent three years at Isobar France, first as a Creative Strategist and then as a Creative Director leading award-winning work for brands like L’Oreal, Jean Paul Gaultier and Adidas.

In this new role, Duquesnoy will have a particular focus on integrated creative work, and will oversee the creative output for a number of the agency’s key accounts, which include Honda and Samsung.

The pair will work in partnership, overseeing the agency’s branded experience work. Both will focus on the creation of seamless brand experiences across multiple channels to ensure that every interaction is designed around customer needs and expectations.

Fuchs has been at DigitasLBi since its inception as LBi in 2006, while Ball joined the agency from the BBC in 2009.

Simon Gill, Chief Creative Officer at DigitasLBi said: “Creativity sits at the heart of everything we do, and we’re resolute in our mission to deliver real magic for our clients. We’re thrilled Pierre, with his rich award-winning heritage is joining us, and delighted to see the progress of Helen and Chris. These changes to the team reflect our ongoing ambition to produce truly transformative work for our clients.”

Pierre Duquesnoy, Creative Director at DigitasLBi said: “With its technological know-how and its creative ambition, DigitasLBi is one of the very few agencies which fully understands how digital can transform businesses. I am really looking forward to bringing my expertise to DigitasLBi and helping the creative team produce some world-class work.”