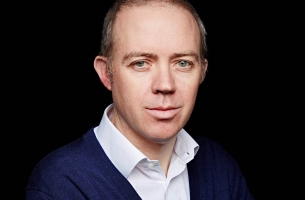 Islip, who has been UK Managing Director since June 2012, takes on the role with immediate effect, assuming responsibility for driving the ongoing growth of DigitasLBi in one of its biggest global markets.

He replaces the current UK Chief Executive Anil Pillai, who after four years at the helm is stepping up to the newly created position of Chief Executive UK, Middle East & Africa.

Islip will continue to report to Pillai with a remit to strengthen DigitasLBi’s position as the UK’s leading marketing and technology agency. He will be responsible for helping decide what’s next for key clients, as well as forging new partnerships with some of the UK’s most ambitious brands. Islip will also be charged with overseeing the ongoing evolution of the agency and the launch of innovative new service offerings.

Islip said: “I’m really excited to be taking on the role of Chief Executive as 2015 is going to be a big year for us. We’re going to continue developing our capabilities as an agency and we’re going to be doing bigger and better things for our clients. Thanks to the way we blend data, creativity and technology means we’re better placed than anyone to help businesses transform.”

Reporting to International Chief Executive Ewen Sturgeon, Pillai will broaden his focus beyond the UK to also oversee the agency’s operations in Middle East and Africa. Pillai will be charged with developing the growth of the region by leading large pitch opportunities, working with high growth potential clients and identifying acquisitions and attracting new talent into the business.

Pillai said: “Having overseen the evolution of DigitasLBi into one of the UK’s leading agencies, the time is now right to take on an exciting new challenge. I can’t wait to start leveraging the expertise of the UK business to drive growth, champion creativity and instil DigitasLBi’s collaborative culture across our emerging Middle East and African markets.”

Ewen Sturgeon, Chief Executive, International DigitasLBi, said: “Both Anil and Michael are first rate leaders and thoroughly deserve to be moving up within DigitasLBi. Working together they will ensure that our clients continue to receive the best possible service whether that be in the UK, the Middle East, Africa, or somewhere we haven’t even thought of yet.”

Pillai was appointed UK Chief Executive in January 2011 after having spent five years in the role of Managing Director. During his time at the helm of the UK business Pillai was responsible for growing the agency’s annual revenue to in excess of £100m. He also expanded DigitasLBi’s family of brands to include Lost Boys, Kitcatt Nohr and DigitasLBi Commerce, as well as driving a number of standout cultural initiatives including The Rave and Summer of Love.

Islip joined DigitasLBi as Client Director in 2007 before being promoted to the role of Client Partner in 2009. He has been instrumental in the growth of DigitasLBi and has helped develop some of the agency’s biggest accounts including EON, Virgin Atlantic, Lloyds and Honda Europe.