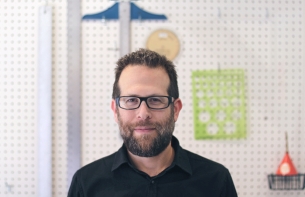 DigitasLBi, a global marketing and technology agency, announced today the elevation of Matthew Jacobson to EVP/Global Executive Design Director. In this newly created role, Jacobson will collaborate on key client and new-business initiatives across DigitasLBi offices in 25 countries. Jacobson will continue to be based in Chicago, reporting to Ronald Ng, Chief Creative Officer for North America. Beginning this summer in China, he will also be working in-residence at various global offices to help grow local and national design capabilities.

In his previous role as SVP/Group Director, Jacobson lead design for North American offices, after founding DigitasLBi’s world-class design, branding, and illustration studio out of the Chicago office. He and his team recently rebranded the iconic 225-year-old New York Stock Exchange.

“Matthew is a rock star in the design world, and now’s the perfect time for him to spread his wings across our growing global creative footprint,” said Ng. “His unique understanding of what makes people tick delivers a competitive edge for our clients.”

Since graduating from Parsons School of Design in 1993, Jacobson has been a force in the advertising, design, and music industries. Prior to his tenure at DigitasLBi, Jacobson was head of design for Jack White’s Third Man Records, preceded by a role as SVP/Group Creative Director at JWT Team Detroit. A notable designer in the music industry, Jacobson has designed hundreds of record covers for musicians including The White Stripes, Beck, Spoon, Andrew Bird, Jerry Lee Lewis, The Raconteurs, and more. He recently created the world’s first “scratch-off” concert poster, for Jack White’s Las Vegas show, that press called “the coolest gig poster ever designed.”

“Matt is a stellar talent who has done so much great work for us. I'm delighted to have him working across our international offices,” said Chris Clarke, International Chief Creative Officer at DigitasLBi.