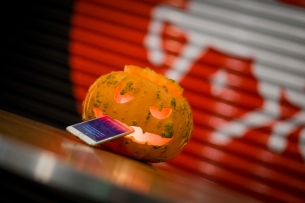 Global marketing and technology agency DigitasLBi has today unveiled the Internet of Pumpkins, a Wi-Fi enabled pumpkin which gives users a ‘trick or treat’ experience to highlight the potential risks of connecting to free Wi-Fi hotspots.

In time for Halloween, a blended team of DigitasLBi creatives and technologists has created a pumpkin which ‘trick or treats’ unsuspecting Wi-Fi users, to demonstrate the potential data security risks when connecting to public Wi-Fi. The pumpkin contains a modified piece of Wi-Fi penetration testing equipment commonly used by security professionals (and criminals), and is carved with the words ‘trick or treat’.

Unsuspecting users connecting to the pumpkin’s free Wi-Fi hotspot on their mobile device receive a trick or a treat, delivered via a captive portal on their phone. While some users receive a voucher for a tasty Halloween treat, others are tricked with fake cracks and errors appearing on their screen, representing the fraud and theft which can sometimes happen in the real world. Once the user has received the trick or treat, the pumpkin serves them some practical tips on using Wi-Fi safely.

Cybercrime experts like Europol have advised consumers that they are at risk of having their personal and financial details stolen when connecting to some public Wi-Fi hotspots.

Simon Gill, Chief Creative Officer, UK at DigitasLBi, said: “This bit of Halloween fun highlights the potential dangers of dodgy Wi-Fi hotspots. Free Wi-Fi is usually a treat, but with the Internet of Pumpkins we’re hoping to show people that sometimes it turns out to be a trick. 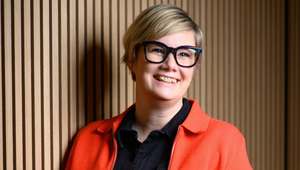 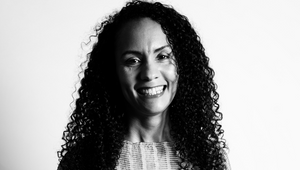 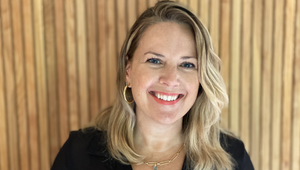