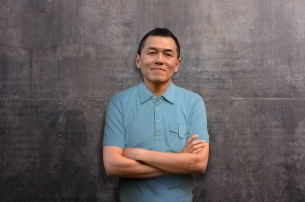 “Ronald is a seasoned leader and a creative force to be reckoned with,” says Weisman. “You can see his ingenuity and passion in every piece of work that he does. He’s been rightly recognized by the industry numerous times for driving innovative, cross-channel programs, and his creative leadership inspires both teams and clients. We’re thrilled to have him onboard.”

Ng’s appointment comes on the heels of several other big hires and creative wins for the agency. In December, DigitasLBi brought on Universal McCann’s Scott Donaton as the agency’s first ever Chief Content Officer. And earlier this fall, DigitasLBi elevated Andrew Carlson as its first ever National Head of Experience Design, and hired Jennifer Striegel as Brand Strategy Lead for Chicago and San Francisco.

In 2014, DigitasLBi was named the IAB MIXX’s “Most Awarded Agency of the Decade,” and was honored with other top campaign awards from Adweek, Cannes Lions, the CLIO Awards, the Effies, the Mobile Marketing Association, New York Design Awards, the One Show, and more.

“I’m excited to join the immensely collaborative team at DigitasLBi,” says Ng. “I’m inspired by the agency’s integration of data, technology, and storytelling, and I look forward to partnering with their clients to create inspiring brand stories that come from big ideas.”

Ng brings 20 years of industry experience to this role. In 2012, he was named CCO for BBDO & Proximity Singapore; under his leadership, the office won a slew of top industry awards, including Agency of the Year twice in a row at the Singapore Creative Circle Awards. In 2014 alone, they were named Southeast Asia’s most awarded agency at the Cannes Lions Festival of International Creativity and the third most awarded agency globally at the CLIO Awards, on top of taking home top honors from the Effies, the FWA, and more.

Of particular note is Ng’s work on the Jeep “Two Worlds” campaign, which was inducted into the CLIO Hall of Fame this year. And, his 2014 “World Under Water” campaign for Carbon Story generated $37 million in earned media and 263 million impressions in just a few weeks—it was named “one of summer’s biggest successes in scientific content marketing” by Forbes and “Project of the Year” in the FWA’s Cutting Edge Awards.

Prior to leading the Singapore office, Ng held top creative positions at BBDO New York, and before that, BBDO & Proximity Malaysia. In New York, he led successful pitch wins for Orbitz and the Johnson & Johnson global baby businesses, and scored creative wins at Cannes, the One Show, the CLIO Awards, the Webbys, D&AD, and more. His Kinect-powered 2011 installation for Autism Speaks was accepted into the New York Museum of Modern Art’s (MOMA’s) permanent collection.