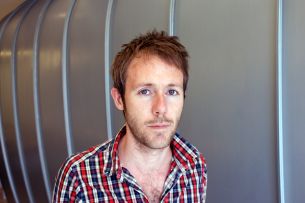 The hires are part of DigitasLBi’s continued efforts to build a creative team with diverse skills and backgrounds.

Holmes joins from global media agency UM, where he was European Creative Director. He joined UM as a Junior Media Planner in 2002 and was Strategy Director EMEA before taking on creative leadership internationally in 2011.

During his time at UM, Holmes helped the agency gain the accolade of Number 1 Media Agency for Creativity in WARC survey of more than 200 clients. He has been the creative force behind a number of award-winning campaigns, including Xbox ‘Glitch’, which picked up Gold at the Festival of Media 2015 and Brand Republic Digital Awards; and Halo 4 ‘The Roll of Honour’, a first-of-its-kind campaign which involved integrating Facebook profile photos and Xbox Live player data into TV spots.

At DigitasLBi, Holmes will be responsible for developing and maturing DigitasLBi’s branded content offering, with a focus on talent, partnerships and creative media thinking.

Wood joins DigitasLBi from digital experience design agency Critical Mass in Canada, where he was a Senior Art Director managing a team of 10 creatives and developers, and overseeing technologically complex projects from concepting through to execution. His projects range from creating the first commercial uses of Kinect for Windows, to building a bike-mounted atmospheric monitor from scratch, to creating an augmented reality face paint app. His work has won multiple awards, with recent accolades including an A&AD Pencil for Digital Design and two New York Festivals finalists for Nissan’s ‘Diehard Fan’.