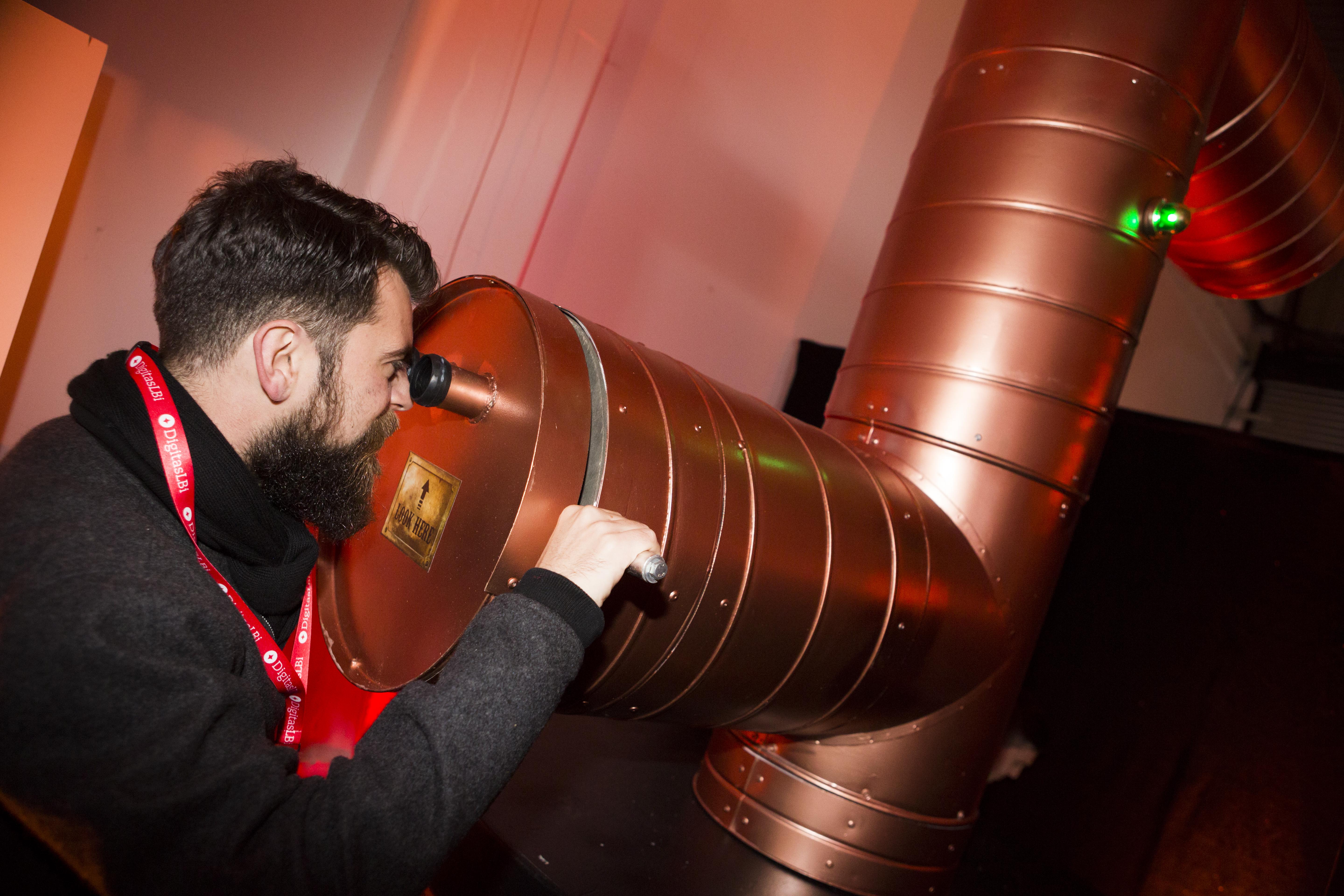 Global marketing and technology agency DigitasLBi has unveiled Periscope Periscope, an interactive installation which enables the viewer to watch a number of curated feeds from Twitter’s live streaming app Periscope.

The installation made its debut at Friday’s DigitasLBi UK NewFront, in front of an audience of marketers and industry influencers, and will be installed in DigitasLBi’s Brick Lane reception area from today.

A blended DigitasLBi team of creatives and technologists, in partnership with production expert Ben Day, has created a 12-foot high periscope, made of galvanised steel air ducting and containing a piece of software which grabs a curated set of Periscope streams from Twitter. An Arduino-powered compass detects the periscope’s movement, changing the displayed feed as the Periscope is rotated.

Periscope was acquired by Twitter in January 2015 and launched in March 2015. It is available on iOS and Android.

The DigitasLBi UK NewFront 2015 explores how technology is transforming our daily lives – from our health and wellbeing, to the cars we drive, the content we consume and the way we interact with brands.

Scott Ross, Chief Technology Officer, UK, DigitasLBi, said: “Periscope Periscope allows us to tap into the potential of the Periscope app, giving people the opportunity to explore multiple different worlds, all through a real, live periscope.”