Digital Media Delivery - A View from a 'Simpleton' 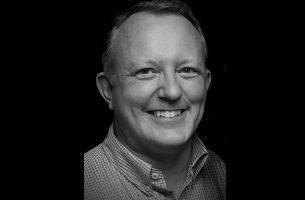 No one seems to have written anything about the world of distribution from an independent perspective. I believe I have a unique point of view having crossed over from agency production world to help set up Adstream in 2003.

I remember the early days of trying to go digital for our first client AMV on D-Day and we actually never did quite achieve it. There was a bunch of motorbike couriers round the block waiting to take digibetas to the stations whilst we crossed our fingers and hoped the client never found out. I think enough time has passed for the agency to forgive. But honestly it was exciting and we all knew that there was no going back to the old way of doing things.

I can definitely say that in the early days I developed a respect for the amazing team at that time who just made shit happen. You know who you are.

Back then, the connectivity and bandwidth to move around large digital files was difficult. Broadcasters had to have boxes to receive the files prior to insertion into their playout systems. Transcoding to the optimum formats plus any proxies didn’t always work. The QC process was still in the hands of the post house. And then of course there was the huge price difference between the old playout method which sometimes costs 1000’s instead of £500 to all stations. A revolution was taking place. Never mind the fact that I had all the doors of the agency and post production world closed because we were upsetting sizeable covert revenue streams.

Fast forward 13 years. I was asked to have a view on where I think this is all headed. Should Distribution be bundled with other services? What evaluation should a client be using as a way of deciding who to work with? Surely its about the people? If its too cheap, will service be substandard? Are there still protectionist practices?

Well, honestly, we are dealing with an area of advertising that in some ways has changed beyond recognition, and in others remains as cloaked in the vagaries of invisible processes with very visible costs.

The cynic says that delivery always has been, and remains nothing more than a commodity. In other words, it has no impact on the creative work. If you take this point of view, fine. All you need to ask yourself is do you trust the company to deliver what you want to where it needs to be….basically Digital DHL. Then do you have the best price? There is nothing more complicated than that at all.

Then there’s my point of view, which is that delivery has grown up and evolved. It’s no longer about shifting files from A to B. Delivery’s become the Event Horizon, the point at which all that creative, media and production effort and cost becomes real, the actual point where theory becomes quantifiable.

Delivery partners that understand this and that what they’re providing isn’t just a “delivery” service for a few £’s will win out. What they can provide is ‘the truth’, the data that proves your ad did what you promised it’d do; where did it play out (really play out, not just according to the media plan), who was it served to, what did they do as a result, etc. We played around with this when I was in the delivery business, fingerprinting the ads so you knew if your radio or TVC actually went to air. How valuable would that be to a client? And if you don’t think that ads got missed from airing, think again. Even when I was a radio presenter I knew that national ads would occasionally get shunted, or by the mistake of a DJ cutting the Newslink ad by accident. I did it once so I know. Luckily that station doesn't exist anymore so I don't have to apologise.

For a brand, this data can tell you what you really want to know about your challenged media spend without the spin, the smoke and mirrors and the mystery that campaign analytics is so often draped in. Procurement doing an RFP need to look beyond just delivery, and see what other value they can provide for their marketing colleagues who have the original budget. This will also show procurement cares more than just about cost too, and can even add more value to their internal relationships at the same time.

This intelligence closes the Creative – Media – Production – Playout circle, it creates the perfect self-feeding cycle of creative improvement and clever spending. Whether you subscribe to my cynical or non-cynical point of view of Delivery, the conclusions the same.

Technology has improved, bandwidth has come on leaps and bounds in 13 years and moving a broadcast digital file around can be done from your laptop, and storage is all in the Cloud. Its not about TV anymore anyway, it's all about moving 'content' around. So what does your Delivery company provide that still warrants the similar pricing as before?

We’re seeing all sorts of deals, and bundling of workflow, DAM and other services thrown in for free with the price. But then there are all the added extras you DO pay for such as HD delivery, VOD, subtitling, online and Express delivery as a way of beefing up the charges. All very strange in my view and unwarranted as Express delivery takes the same amount of time to send as a normal standard delivery…..it's all digital for fuck's sake. And HD files can often be smaller size than a standard broadcast file, so surely the HD delivery should cost less than an SD? Some of these extra charges are bordering on fraud frankly.

There HAS to be better transparency, and these companies have to stop finding ways to charge extra to cover all the massive overhead derived from building old legacy systems and human QC which should go back to the post houses. Now in the big scale of things of a production budget, these smaller sums seem insignificant, but as the number of destinations just get larger, the flat fee ceiling now looks like great value as long as there are no hidden extras. Don't even start me on the delivery costs in Italy, another story.

So here’s my tip for sourcing a distribution partner. Find the simplest possible solution to provide you what you need and expect. Ask the questions;

Do I trust this team to get my precious assets from A to B without screwing up?

Is the pricing transparent, and do I have the best price?

Is there insurance to cover missed deadlines/airtime or wrong delivery?

Are there hidden extras such as file format changes, storage costs and ‘international’ rates (all of which have become less acceptable now)?

Finally, how could the delivery guys actually add value to what your ad's trying to do? What does your delivery partner know about your ad at the moment of reality that’d be worth you knowing?

I am loving this moment, as we see new entrants into the marketplace challenging the companies that only 13 years ago were the new kids on the block. Challengers make the existing players work harder, be more efficient and provide transparent pricing. It’s healthy. You have to ask the question though, if there wasn't a challenger, would protectionist practices continue? Of course they would. Remember there are significant revenues at stake here and no one likes to give that up. It reminds me of 2003 all over again.

Bottom line though for me - Simple is good, and that works for someone like me. Nothing more, nothing less. 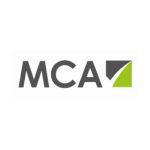 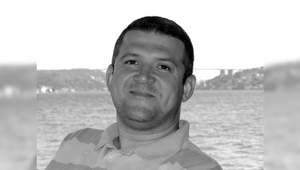 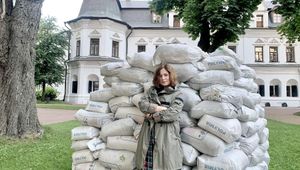 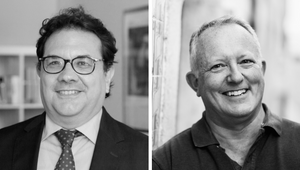 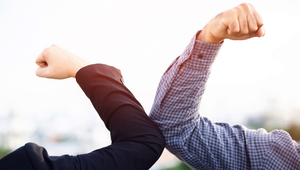