DK captures a moment in time for Netflix original series 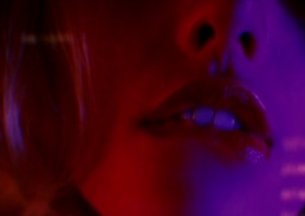 The series tells the extraordinary true-life story of the growth and spread of cocaine drug cartels across the globe. All ten episodes are now streaming exclusively on Netflix.

This raw, gritty series chronicles the gripping real-life stories of the drug kingpins of the late 1980s and the corroborative efforts of law enforcement to meet them head on in brutal, bloody conflict. It details the many, often-conflicting forces - legal, political, police, military and civilian - that clash in the effort to control cocaine, one of the world's most valuable commodities.

Digital Kitchen's goal in developing a title sequence for Narcos was to focus on capturing a moment in time in the efforts to apprehend one of the most infamous drug lords in history, Pablo Escobar. Extensively researched and developed, the main title incorporates live-action footage shot on location in Colombia and Los Angeles with extensive archival imagery, including photography and video from the vaults of Escobar’s personal photographer “El Chino.”

The vibrancy of the colors used were reflective of the lavish excesses of the time and the natural beauty of Colombia.