Graham was most recently CCO at Ogilvy China 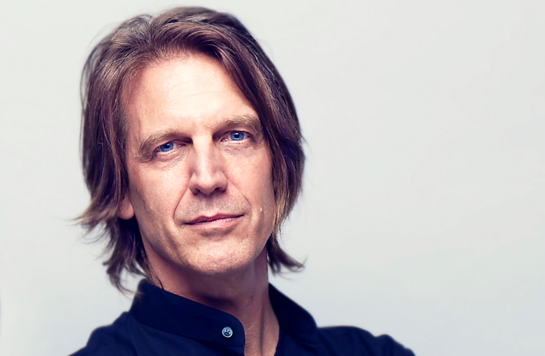 This Place today announces the appointment of Graham Fink as chief creative officer. Graham will be primarily based in the agency's Seattle offices and will be working alongside This Place’s co-founder and chief design officer, Ben Aldred.

Founded in London in 2012, This Place counts brands like T-Mobile USA, Ahold Delhaize, and Woolworths Australia among its clients, helping businesses craft strategies to address today’s business challenges and define tomorrow’s vision. Most recently, the agency expanded into Hong Kong, adding another office to its list of locations in London, Seattle, and Tokyo.

Graham has played a pivotal role at a number of high-profile advertising agencies, including CDP, GGT, and M&C Saatchi. Most recently, he was the Ogilvy & Mather chief creative officer for China for six years. During his impressive career, Graham has played a vital part in the creation of some of the industry's most iconic campaigns, including the classic 'Face' commercial for British Airways and 'Coke Hands' (the most awarded ad in Coca-Cola's history). Prior to joining This Place, Graham focused on combining art with emergent technology to create ‘Eye-drawings’: a technique that merges experimental eye-tracking with traditional portraiture.

Dusan Hamlin, CEO at This Place, said: “This Place has been going from strength to strength with the recent expansion to Hong Kong, the growth of our team, additions to our client list and now, Graham’s appointment. Not only is he a good friend of the agency, but he’s also one of the most prominent creatives of ­his generation and we couldn’t be more thrilled to have him join the team in what will be a fantastic opportunity for us to learn from one another and enrich our agency’s offering and skill set as a result.”

Graham Fink, chief creative officer at This Place, added: “Over the years, I’ve explored everything from advertising and filmmaking to graphic design and photography. I’ve mixed mediums, disciplines, technologies and ways of thinking. I firmly believe that it’s this curiosity and unwillingness to settle for being in the bubble of your industry that drives creativity and progress. That same curiosity to venture into the unknown and learn permeates This Place. They’ve always delivered outstanding work, but what really sets them apart is this drive to explore. I’m excited to learn from the bright minds here and see what we can create together.”